Actor Jameela Jamil opens about her past struggle with eating disorders 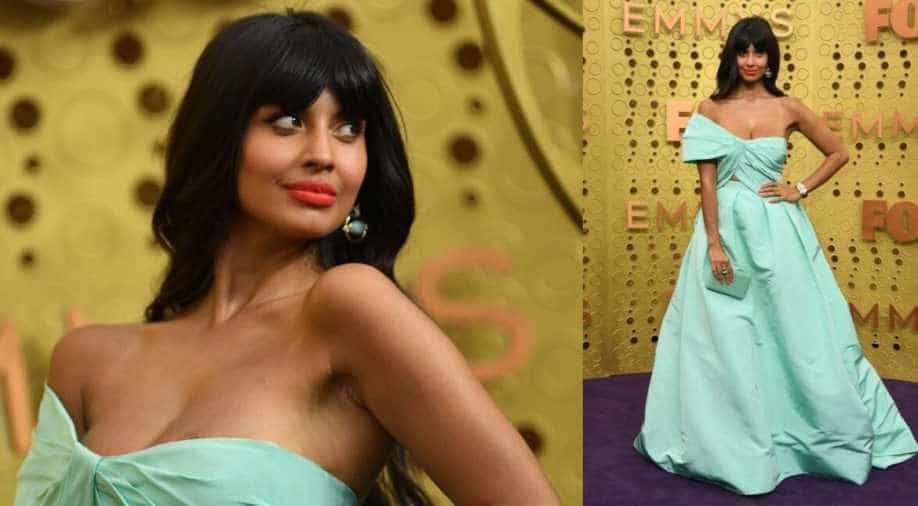 The Good Place` star recently took to Twitter to share a photo of herself from ten years ago where she mentioned about feeling "too fat".

British actor-model Jameela Jamil recalled her struggles of dealing with an eating disorder during her 20s and urged people to seek treatment for the condition.

`The Good Place` star recently took to Twitter to share a photo of herself from ten years ago where she mentioned about feeling "too fat".

"This was a sad day 10 years ago," she recounted in the tweet. "I didn`t want to go to the event because I was convinced that I was `too fat` and that I would be publicly fat-shamed the next day."

The picture saw the 33-year-old in her teens wearing a black dress, hands-on-hips and posing for the photo.

"I was so weak, I only managed to stay for 10 [minues]," she continued, "Eating disorders/dysmorphia are so wild. I missed my teens/20s."

Jamil followed the photo with a message and suggestion to her followers to seek treatment for similar ailments.

"The therapy I used to help me was called EMDR, it works faster so it was much cheaper," she said.

"CBT didn`t work for me personally. So if it doesn`t work for you, try EMDR. It`s free in some countries. I`m thankful for the brilliant `I Weigh` community for helping my recovery. Love you," the actor said.

The actor who is also a radio presenter has never been a mere spectator on issues surrounding body image and health and often speaks out publicly against products that encourage weight loss.

Jamil has founded the organization `I Weigh`, which promotes body positivity, attempts to tackle eating disorder culture by encouraging people to share things about themselves that they like online, reported Fox News.