Abhishek Bachchan gracefully hits back at troll: I pray that you are never in a situation like ours 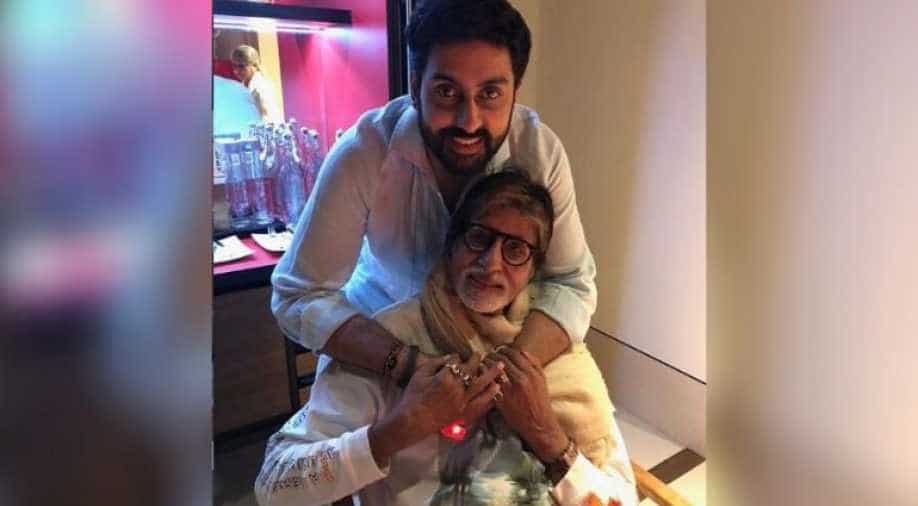 Abhishek and father Amitabh Bachchan are currently in the hospital after testing positive for COVID-19.

Abhishek Bachchan took to Twitter to reply to the troll who made fun of the actor's current situation as he and father Amitabh are currently in hospital post testing positive of COVID-19. Both are admitted to Nanavati hospital in Mumbai.

Also read: No, Amitabh Bachchan has not tested negative for coronavirus

On Thursday, Junior Bachchan gave it back to the trolls with all dignity and grace. It all started when the actor shared a tweet about his show 'Breathe: Into the Shadows', as a Twitter user tried to troll the actor with the tweet, ''Your father admitted to hospital... Ab kiske bharose baith ke khaoge? (who will feed you now).''

To which Abhishek responded, ''Filhaal toh let ke kha rahe hain dono saath aspatal mein (right now both of us are eating lying on our backs at the hospital).

Later, again the user replied, ''Get well soon sir... Har kisi ki kismat me let ke khana kaha (not everyone has the good fortune to eat while lying on their backs, to which the 'Ludo' actor replied gracefully, ''I pray that you are never in a situation like ours and that you remain safe and healthy. Thank you for your wishes, ma'am.''

Both father and son are quite active on social media, and keep on updating their fans through social media post. The actor's himself via a tweet revealed their coronavirus diagnosis on 11 July.

Abhishek's wife Aishwarya Rai Bachchan and their daughter Aaradhya had also tested positive of the virus, but later they both tested negative and were discharged from the hospital.