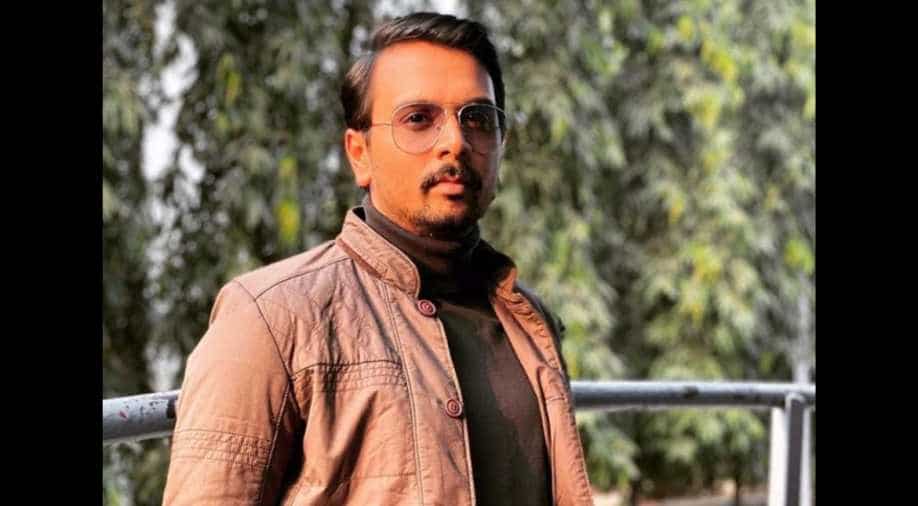 Namit got talking to WION about his journey from Rishi in ‘Wake Up Sid’ to his recent breakout role as Jawahar in ‘Aarya’, his new show ‘Mafia’ and upcoming Mira Nair film ‘A Suitable Boy’.

From playing Ranbir Kapoor’s best friend in ‘Wake Up Sid’ to Sushmita Sen’s arch-nemesis in ‘Aarya’ and now the recently released ‘Mafia’ on Zee5, Namit Das is getting noticed and how.

Busy with promotions of ‘Mafia’ that started streaming on July 10, Namit is happy with the response, “So much of my work is coming out at a time when everyone needs entertainment.”

Namit got talking to WION about his journey from Rishi in ‘Wake Up Sid’ to his recent breakout role as Jawahar in ‘Aarya’, his new show ‘Mafia’ and upcoming Mira Nair film ‘A Suitable Boy’.

“‘Mafia’ is about six friends who have come together one night for a holiday. Something in the past affects their relationships in the present. As the night follows it becomes dak and messy. Mayhem follows. My character is that of an outsider, not one of the 6 friends,” tells Namit of the show that has been scoring some positive reviews.

Namit’s character is called Nitin Kumar. He comes from a geographical belt which falls between Bengal and Bihar. So Nitin speaks Bihari but essentially understands Bengali. “He is mysterious in nature. He lands up at that house where the friends are partying. Throughout the series you don't know what is his perspective, whether he’s innocent or is a part of the mayhem. As the story unfolds you get to know,” said Namit prodding to watch the show.

Namit recently burst to fame as Jawahar in ‘Aarya’ and he’s not complaining. “Aarya was a very different kind of a project, a different story. It was a different world altogether. Ram Madhvani as a director with Sandeep Modi and Vinod Rawat are essentially creators who envision a project in a very different way. I knew for a fact that we were doing something special but I never knew the reaction would be so big.”

“Also working with Sushmita -- what do I say about her, she’s so gentle and nice. She’s really a legend that way. I love her for that,” said Namit.

“Those 3 months when we were shooting were very easy. There was so much joy around. When I remember that set, I am happy. That's the kind of positivity that was created on that set. What we gave out to the universe is what we are getting back. That's the beauty of any project that Ram Madhvai does,” remembered Namit of shooting for ‘Aarya’ that became an instant hit for many reasons including being Sushmita Sen’s comeback project.

Namit is happy with how the entertainment industries around the world are adapting to changing times. Crediting newfound success to OTT platforms, Namit said, “Its given a chance to a lot of stories to come out which wouldn't have been able to find their way through the politics of filmmaking or television. I think it's given a lot of creators to think in a different way, liberty to a lot of actors to explore themselves in characters which they wouldn't have gotten in films/TV because they would have been looked at a particular way. That's why you have ‘Sacred Games’ where not only the series is talked about but also its characters. Then you ask yourself, who are these actors? Then you look them up. They have always existed but have been doing a particular type of work but on OTT they have got a chance to show their true potential. The medium is as such that’s why you have a ‘Paatal Lok’, ‘Mafia’, ‘Aarya’.”

He added, “Last night I was having a discussion with my wife about how it will be interesting to see the kind of movies that will come out after we have gone through the COVID phase because OTT would have entertained a considerable number of people, in a particular way, for a long period of time. Lets see how that influences the films that we see in the future. The process had already begun in the last two years with a film like ‘Andhadhun’.”

Journey as an Actor

Namit has grown as an actor, finding more number of projects that he’s in tune with so when you ask of his path from Rishi to Jawahar, he reminds that it’s been 11 years since then. “I tell people that ‘Wake Up Sid’ was a film that released in 2009. It was a great film, a cult. It’s still very relevant. It's a great piece of cinema. As an actor and as a human being, I was at a different stage of my career at that time. From there the journey has not been a straightforward one but there have been many other milestones which I have crossed. ‘Wake Up Sid’ to ‘Ghanchakkar’ to many TV projects, atleast 25 different plays and more. The transition is hidden in all these projects that I have done,” explained Namit.

We were all very young when we worked on this film. The average age on the set must have been 26 years or something( Yes & that includes Anil Mehta). It was my first “Big Bollywood Film” with so many stars. The length of my role when I read seemed insignificant because Ayan brought so much positivity to my life. You are really special Ayan! It’s a sweet memory which finds a very important place in my heart. Till date I am recognised as “Rishi” from Wake up Sid. As it completes 10 years, I look back fondly and thank everybody associated with this project. The years have seen this film only grow. People become fond of these characters more and more even though we performed it for the camera only once. But I guess, that is the magic of films. The magic reveals itself as time passes! To many more years of this story to reveal itself. And love to each & every person who was associated with it. P.S. Shikha Talsania! My partner in crime. My saviour in those dark hours of late night shifts. You are a true friend. I love you. And yes... Thank you Konkona for letting me sing my idiotic songs on this set & also on the set for “President is coming”. Lucknow, Uttar Pradesh, Oct, 2019 ______________________________ #10yearsofwakeupsid #Wakeupsid #firstfilm #Rishi #namitdas #shikhatalsania #ranbirkapoor #konkonasensharma #supriyapathak #shrutibapna #anilmehta @karanjohar @karanboolani @ayan_mukerji @konkona @shikhatalsania @panchamighavri @tanghavri @chinxter @shrutitheactor @im_anilmehta

He added, “Jawahar is very important for me. People are noticing a definite shift, not only people from industry but also my loved ones. I am getting calls of how different I am in real life from Jawahar. It gives me happiness that I have been able to make that transition, from boy-next-door to one that has many shades.”

Namit will next be seen in Mira Nair’s ‘A Suitable Boy’. Talking of the film, the actor said, “That’s a project that I am eagerly waiting for all to see. I have been under Mira Nair, the legend. Its special project.”

Praising her guidance, he said, “Whenever we would be shooting a scene, she would always look at my character or that of others’ from a diff perspective. She looks at every scene from different perspectives. She’s a legend. I always say she’s Rajmata of ensemble pieces hence she is the perfect person to direct a huge project like this.”