5 holiday movies to stream this Christmas 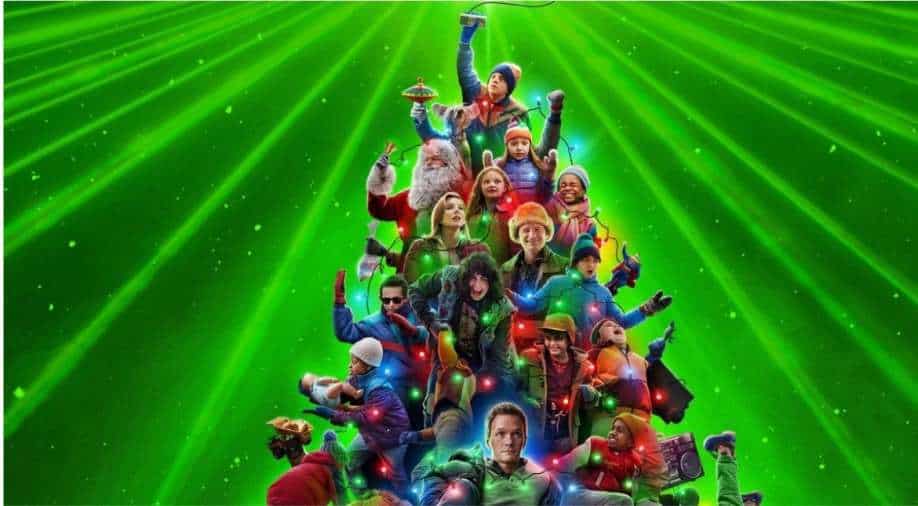 Here are five new movies that run the gamut from violent to heartwarming. Just try to guess where the new 'Home Alone' installment falls in this range.

There is hope for holiday-loving cord-cutters who don’t have access to the Hallmark Channel and Lifetime’s bulging libraries and have already binged the new Netflix offerings: Other streaming services have stepped up their game when it comes to tinselly and cheery originals.

Here are five new movies that run the gamut from violent to heartwarming. Just try to guess where the new “Home Alone” installment falls in this range.

As much as many people like to complain about the holidays, their actual experience remains fairly mild and any mention of nightmares is largely metaphorical. Not so in this new French-Belgian movie, which is streaming on the horror platform Shudder, and where the gore and violence are very real.

Eva (Eugénie Derouand) is a former dancer who began using a wheelchair after a car accident. Her best and apparently only friend, Sophie (Honorine Magnier), gives her a beautifully designed German advent calendar for Christmas. It’s a gift that keeps on giving — and not in a good way, because a malevolent force becomes unleashed.

The most interesting aspect of writer-director Patrick Ridremont’s shockfest is that Eva is a complicated, flawed protagonist. Because she is in a wheelchair, she is constantly mistreated and bullied by callous colleagues and friends. But the advent calendar also exploits her bitter regrets and frustrations — it is those colleagues, not her disability, that have made her vulnerable to the temptations and delusions that her new possession feeds on.

Stream it on Shudder.

The elevator pitch for this HBO Max film is simple: imagine “A Christmas Story” but in the 1980s, and with a Nintendo Entertainment System instead of the Red Ryder BB gun.

To stop her incessant requests for a cellphone, Jake (Neil Patrick Harris) tells his daughter, Annie (Sophia Reid-Gantzert), a long, convoluted story — which he clearly hopes is a teachable moment — about the winter when he was 11 and desperately trying to get his hands on the console every kid coveted.

Most of the film stays in the ’80s with young Jake (the very good Winslow Fegley), as he and his friends cook up incredibly elaborate schemes to procure that Nintendo. One of them even includes actually working hard selling wreaths to win a contest with a Nintendo as the grand prize.

The best part of the movie, at least for adult viewers, is a wonderful performance by Steve Zahn as the young Jake’s father, simultaneously cranky and warm, and with a welcome soupçon of almost unsettling unpredictability. But while there are plenty of references to the 1980s, including a subplot about the scarcity of a certain Cabbage Patch Kid, the decade’s main influence is in the storytelling, which often recalls the “National Lampoon” movies at their most politically incorrect — think projectile vomiting, something happening to a family dog, a slightly gonzo vibe.

Stream it on HBO Max.

Unless you are a dedicated fan, you may not have realized that the 1990 hit “Home Alone” had turned into a franchise. All the films involve a boy who somehow ends up on his own during the holidays and must fend off intruders. In the latest and sixth installment, available on Disney+, it’s the turn of Max (Archie Yates, from “Jojo Rabbit”) to be mistakenly left behind by his family — this time as they leave for vacation in Japan.

A key narrative switch is that this film is mostly told from the perspective of the home invaders, the cash-strapped Jeff and Pam McKenzie (Rob Delaney and Ellie Kemper), who try to retrieve a precious possession they think was stolen by Max. As funny as Delaney and Kemper are — which is very, and they should get a franchise of their own — watching a couple afraid to lose their house suffer through a booby-trapped gauntlet devised by a rich brat does not exactly feel hilarious right now.

As for the original forgotten kid, Kevin McCallister, we learn from his slovenly older brother Buzz (still played by Devin Ratray three decades later) that he now runs a home-security company and still likes pranks. Sounds like an open invitation for Kevin’s eventual return to the franchise’s fold, were Macaulay Culkin ever to decide that he’s game.

Stream it on Disney+

‘The Housewives of the North Pole’

North Pole, Vermont, is the kind of only-in-movies small New England town whose folksy Main Street has all the ritzy bearings of Rodeo Drive. Which sort of makes sense since its self-proclaimed queen, Trish, is played by Kyle Richards of “The Real Housewives of Beverly Hills.”

Trish always wins the annual Christmas home-decorating contest, thanks to the help of her best friend, the sweet-tempered artist Diana (Betsy Brandt, of “Breaking Bad”). But when the women’s friendship abruptly flames out, Trish’s streak is compromised while Diana is left feeling betrayed and lonely. Don’t worry, lessons will be learned and bridges will be mended.

Accepting a parallel universe where a Vermont burg hosts insane displays of ostentatious wealth and folks brave December in shorts and a T-shirt without freezing to death will greatly improve your chances of enjoying this Peacock original. Indeed, the movie is so nuttily untethered to any semblance of reality that it’s almost enjoyable. How far can it go? After a while, you even start thinking that everybody is in on the joke.

But what is that joke, exactly? A satire of a status-obsessed, by-any-means-necessary woman with a lot of time on her hands? “The Housewives of the North Pole” never quite goes there.

Stream it on Peacock.

In yet another example of a canceled show finding a new life on a different platform and, in this case, a different format, the Roku Channel’s first original feature picks up where Season 2 of the NBC series “Zoey’s Extraordinary Playlist” left off.

The overall premise is that the title character (Jane Levy) hears people’s emotions as songs. And now so does her boyfriend, Max (Skylar Astin). Zoey provides a very brief explanation/recap at the start for newcomers, but they are largely on their own — “Zoey’s Extraordinary Christmas” is a gift to fans of the show, now watching the heroine try to get through her first holiday season without her late father.

Those with a low tolerance for Christmas tunes will be glad to hear that while the movie has its fair share of them, it also incorporates regular songs — Mary Steenburgen’s version of “Call Me Maybe” is a sweet highlight. Other pluses include terrific performances by Alex Newell, back as the gender-nonconforming Mo, and Bernadette Peters as Steenburgen’s friend. Overall, though, the film may feel too insular to those who have not already embraced its whimsical world.

Stream it on the Roku Channel.