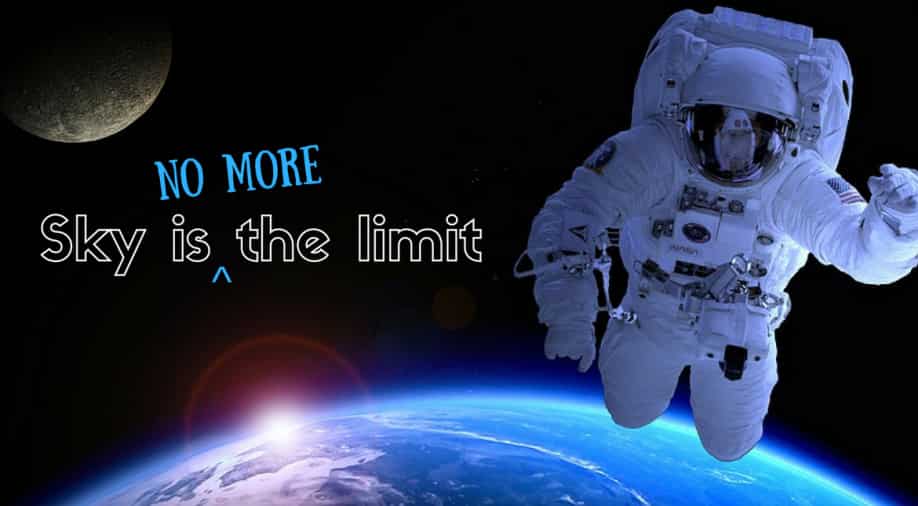 Since the 'Space Race' era of exploration between United States and Soviet Union, space technology has witnessed major developments.

Astronomers have carried out the study of space with telescopes and have progressed to take forward physical exploration, both by unmanned robotic probes and human spaceflights.

Early space explorations were carried out for military, communications and security purposes but now space colonisation, or space humanisation, is also emerging as a new frontier.

If you want to know how we fare in terms of space travel in the future, have a look at some of the most kickass upcoming space missions:

Jeff Bezos’s Blue Origin private space firm has a manned test flight dated for early this year. It will be a sub-orbital hop rather than a full-fledged journey into orbit. They also have a space capsule offering large windows and space for up to six people.

NASA’s Cassini probe has been orbiting Saturn since 2004, and the space agency is set for a finale this year. Cassini will undertake 22 orbits between the inner rings and the planet, capturing information and images. Once the orbits are complete, the probe will burn in Saturn’s upper atmosphere. Cassini has made many important discoveries since its launch. It spotted liquid-hydrocarbon lakes on Titan and geysers of water ice blasting from the south polar region of Saturn’s moon Enceladus.

Chinese probe to land on moon and return with samples

This is perhaps the most ambitious mission undertaken by the Chinese space agency. So far, China has sent a rover to the moon, but returning back with samples is risky. Chang’e 5 mission will see a lunar lander touching down on the moon, gathering samples and bringing them back to Earth. Returning back is difficult as the probe needs to be protected during re-entry.

NASA's Dawn spacecraft will complete its task this year. The $467-million Dawn mission was launched in September 2007 to study Vesta and Ceres, the two largest objects in the main asteroid belt between Mars and Jupiter. The spacecraft has revealed a lot about dry, rocky Vesta and icy Ceres and has found evidence of water ice being common just beneath the dwarf planet's surface.

NASA will continue the search for exoplanets this year. It is teaming up with SpaceX to launch the TESS (Transiting Exoplanet Survey Satellite) space telescope. TESS will monitor more than 200,000 stars for temporary drops in brightness caused by planetary transits. These planets range from gas giants to potential Earth-like planets. It will spend the early years looking for alien planets that cross the faces of their parent stars.

The year will witness two space telescopes being launched. CHEOPS, one of the telescopes, will be looking at nearby stars already known to host exoplanets. This will give new information about existing planets.

Expected to launch in spring/summer, Falcon Heavy will be the most powerful rocket in the world. It will be capable of carrying 60 tons (54 metric tons) to low-Earth orbit (LEO) and 24.5 tons (22.2 metric tons) to the geostationary transfer orbit (GTO).

NASA will be launching the Green Propellant Infusion Mission (GPIM) for a new form of green propulsion, as an alternative to hydrazine, the fuel used today. It will lead to fuel loading becoming much safer, faster and less expensive. The alternative also has a higher density than hydrazine with a better thrust and a lower freezing point.

Launching satellites from a Boeing 747

We have had plenty of satellites being launched into space from a jet aircraft, but firing satellites from a Boeing is completely unheard of. Virgin Galactic will be testing its new LauncherOne programme, which aims to carry a 200 kg payload into a 'sun synchronous orbit' for less than $10 million.

For an award prize of $30 million, two companies will be fighting to land a robotic craft on the moon, a first for a private entity. Google‘s Lunar X Prize, in the form of Israel’s SpaceIL and the USA’s Moon Express programmes are looking to award the company which can achieve this feat. To win, they will not just land the spacecraft but will travel 500 metres and transmit HD video/pictures back to Earth.

The mission is set to launch this year and will test a device that is aimed at capturing orbiting space debris. There will also be a system of spacing junk with an attached dragsail that will allow the existing debris to be pushed out of the orbit. If successful, we might just have less space junk floating around our planet.