Konversations: Your body is her canvas 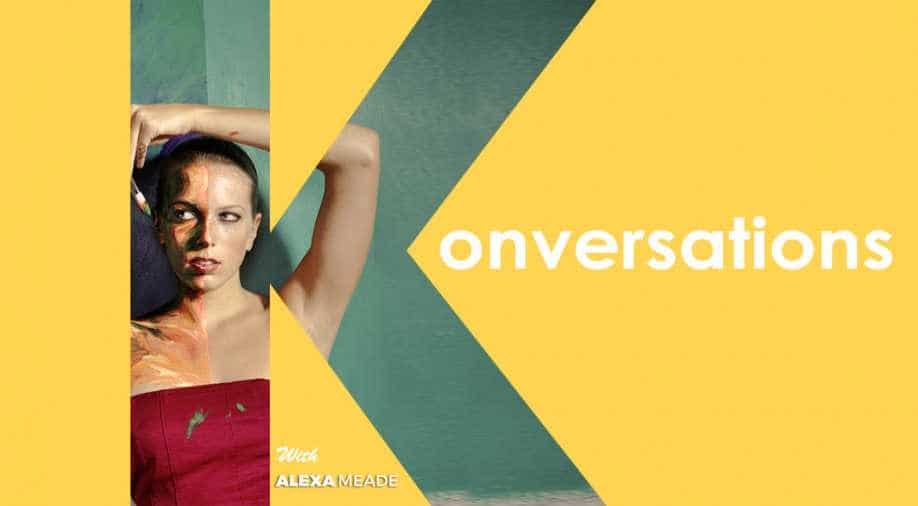 Living paintings, breathing portraits, life on a canvas - describing Alexa Meade's art is an art in itself. Her subject is the painting in the true essence. In her art, 2D and 3D become one, leaving you wondering what is real and what is paint. A self-taught artist, when not working, she spends her time dreaming.

Kazimi: Did you always want to become an artist?

Alexa: As a kid, I was always told that art was a hobby, not a career, and I better be ready to find a job when I’m a grown-up. While my passion was art, I hadn’t really entertained the possibility that it was a viable career option.

Kazimi: What was the pivotal moment in your life when you turned to art?

Alexa: Growing up in Washington, DC, I was immersed in the world of politics. I studied political science in college, and I wrote my thesis on the Obama campaign where I’d served as press staffer in 2008. Working on the side of the campaign that dealt with spin and PR, I became really fascinated by how we interpret information and the mismatch between what is said and what is heard.

When I graduated from college in 2009, I realized that art was more than a passion, it was meant to be my life, and I stepped away from politics. However, I carried my interest to spin into my art, prompting me to explore the different ways that visual perception can be manipulated.

Kazimi: How would you describe your art?

Alexa: I believe in creating an installation that must be experienced live, in person, rather than something tangibly mediated by video or photography.

Kazimi: What are some prominent elements of your work?

Alexa: I first came across this body of work through my fascination with shadows, and I would say that they are one of my major sources of inspiration. I like that the absence of light can sometimes be more descriptive in our understanding of the world around us than the presence of light.

I’m experimenting with an entirely new body of work that continues with an exploration of perceptions of space through light and shadow. Like my main body of work, there is a play on the expectations of media, and there is not a digital component to manipulate the in-person experience of the performance. However, at the present stage of the project’s evolution, paint, portraiture and photography are not major elements.

Kazimi: Does the model determine the piece or is it the other way around?

Alexa: I paint portraits of people directly on top of themselves, in a one-to-one ratio. Rather than painting them to blend into a background or turn them into something they’re not, I amplify what they already are, but to the extent that they become transformed into something else altogether. They perceptually turn into a flat painting, seemingly pure representation, yet also maintaining their "subject hood" beneath it all. The effect is quite uncanny as background, foreground, and subject seem to be compressed into one continuous space absent of depth.

Kazimi: Artists that inspire you?

Alexa: While I was teaching myself how to paint as I was inventing this new style of painting on 3D objects, I drew a lot of inspiration from portrait artists Lucien Freud and Alice Neel. I also looked at a lot of paintings by Jenny Saville and Cezanne.

Kazimi: What is brewing in your artistic pot lately?

Alexa: These days I’m really inspired by mirrors, prisms, and other optical toys. When I first started out, I was highly inspired by the book “Seeing is Forgetting the Name of the Thing One Sees” about 1970s California minimalist artist Robert Irwin, who played with light and shadows to manipulate the perception of space.