Get on this roller coaster to get rid of kidney stones! 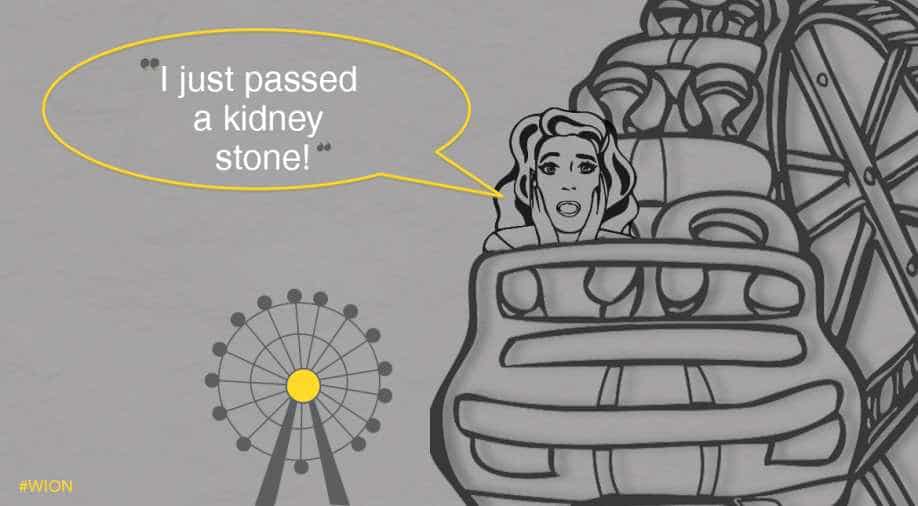 You can pass a kidney stone on a rollercoaster ride (Representational Image) Photograph:( WION )

This is the most unconventional and least painstaking way of passing kidney stones.

According to a new study published in the Journal of the American Osteopathic Association, a number of people have passed kidney stones while riding the Big Thunder Mountain Railroad rollercoaster in Disney World, Florida. The study says that the movement on the ride facilitates the stone's passage through the abdomen, without causing the rider any pain.

Kidney stones are masses of minerals that form rather easily in our bodies. Depending on the size of the stones, which could range from a tiny grain of sand to the size of a golf ball, it is not always necessary to get treated for them. Most times in case of the stones being small in size, they get flushed out of the body on their own.

The report cites the case of a man who was able to pass a stone after three consecutive rides on the roller coaster. Following that, the researchers conducted a test by placing a 3D model of a kidney on the rollercoaster. In the experiment, they placed three real kidney stones and some urine in the model kidney. The kidney stones were of different sizes- small (4.5 cubic mm), medium (13.5 cubic mm) and large (64.6 cubic mm). The model kidney was taken on the ride 20 times.

Moreover, the report found that the seat placement of the rider, something that cannot be predetermined, also played a crucial role. Researchers found that when the model kidney was placed in the rear-end of the car, there was a higher chance, almost 64% probability, for the stone to come out of the body. This was regardless of the size or location of the stone. However when the model was placed in the front area of the roller coaster, the stone flushed out only 17% of the time.

The report also suggests that riding the moderate-intensity roller coaster could prove more effective after a person has undergone treatments like lithotripsy- which breaks up kidney stones into smaller particles.