#BeTheChange: Breaking the taboo around menstruation with comics 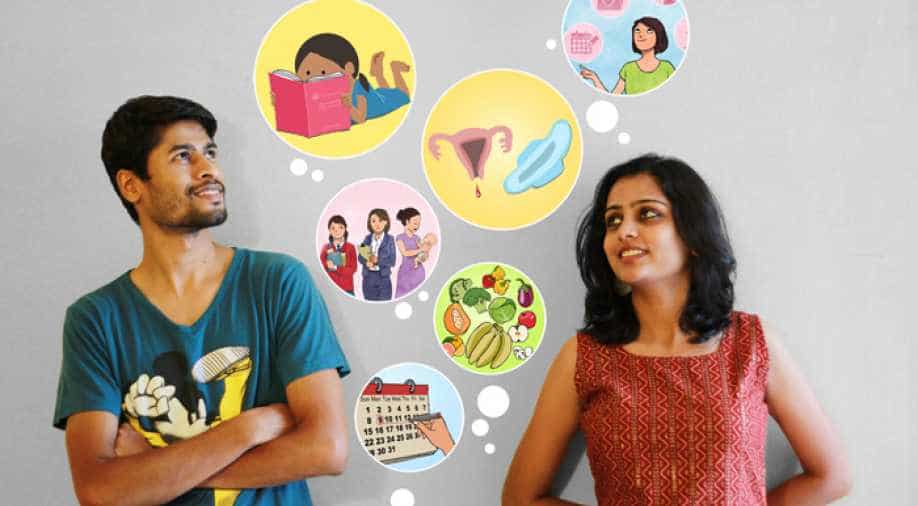 With an aim to educate and empower women around the world, three graduates of the National Institute of Design in India came together to create The Menstrupedia. It is a comic book that breaks myths around menstruation and encourages dialogue in a lighthearted manner.

Aditi Gupta, Tuhin Paul and Rajat Mittal co-founded Menstrupedia in September 2016. The Menstrupedia: The Friendly Guide To Periods For Girls is a collection of cartoons that help girls understand menstruation and what happens to their bodies during puberty. The comic takes a scientific approach, rather than a social or cultural one, in order to promote knowledge.

The idea came to Aditi when she felt that the society around her was conditioned to never talk about menstruation. She felt that every conversation around the topic of menstruation was in hushed tone, from advertisements to asking for a sanitary pad over the counter. Sharing her story on HerStory, she said, “We learn to deny our own body -- our own self-right -- from the time we started growing up, and then everything surrounding it, be it child molestation, periods, pregnancy, and intercourse. Even touching and hugging becomes shameful and embarrassing.”

With The Menstrupedia, her team of three (one girl and two boys) started a campaign which emphasised the need to talk about periods, to stop the culture of shame and to come out in the open.

They started by taking the comic to schools and NGOs across the country. As of now, The Menstrupedia has been circulated in around 75 schools and 25 NGOs. It is available in different languages, being reprinted in Nepalese, Spanish and South American languages. The team also plans to launch the comic book in different Indian languages so as to widen its reach across the country.

Emphasising on the need to include men in this dialogue, she said in her interview to HerStory, “Involve men at home. Our husbands, brothers and sons love us, they care about us, they are compassionate. They will be supportive and glad if we include them."

Her team also focuses on giving practical know-how around menstruation. They organise workshops where they train girls about menstruation, teaching them about safe usage practices for sanitary products. They also install insinuators in villages for easy access of these.

Aditi and her team aims to use Menstrupedia to open a broader dialogue within society at large. She wants people to rise above their discomfort and talk about issues related to menstrual hygiene. She is hopeful that there will come a time when people won’t have to wait for any NGO or school to start a conversation about female health.

Currently, they are working on building educational infrastructure for menstrual education. They have an existing audio-visual comic book, that is desktop compatible. They are now working on making their product mobile-friendly so as to ensure complete digitisation.