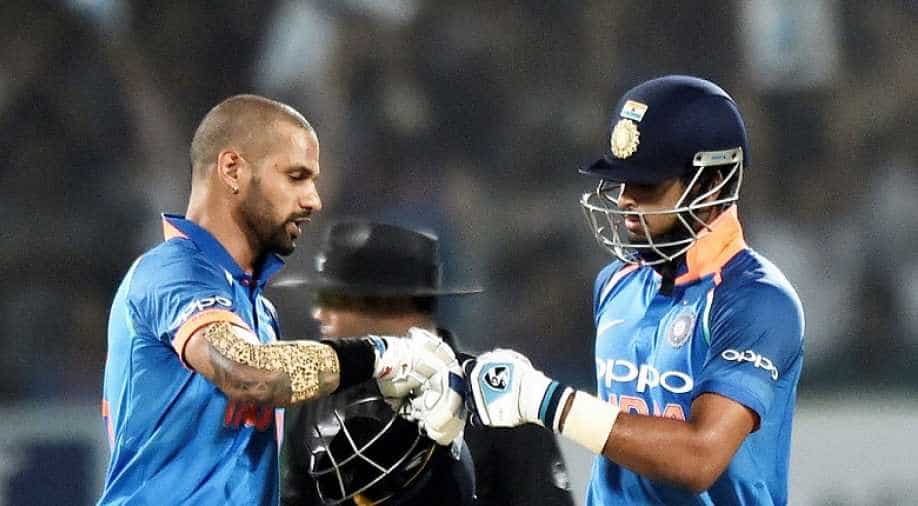 India bowled out the visitors for 215 runs as the hosts took the upper hand in the third and final ODI. Photograph:( PTI )

India on Sunday clinched the three-match ODI series by 2-1 against visitors Sri Lanka at Visakhapatnam, after registering a thumping 8 wicket win in the series decider.

Dhawan's unbeaten 100 off just 85 balls, and Iyer's 65 off 63 balls turned the game with their majestic partnership.

While, Kuldeep Yadav was declared the man of the match for the three crucial wickets he took today, Shikhar Dhawan was announced as the man of the series.

This is the first bilateral series win for Rohit Sharma as captain of Indian Cricket Team.

India bowled out the visitors for 215 runs as the hosts took the upper hand in the third and final ODI.

India had won the toss and opted to bowl first in the series decider at the Dr. Y.S. Rajasekhara Reddy ACA-VDCA Cricket Stadium.