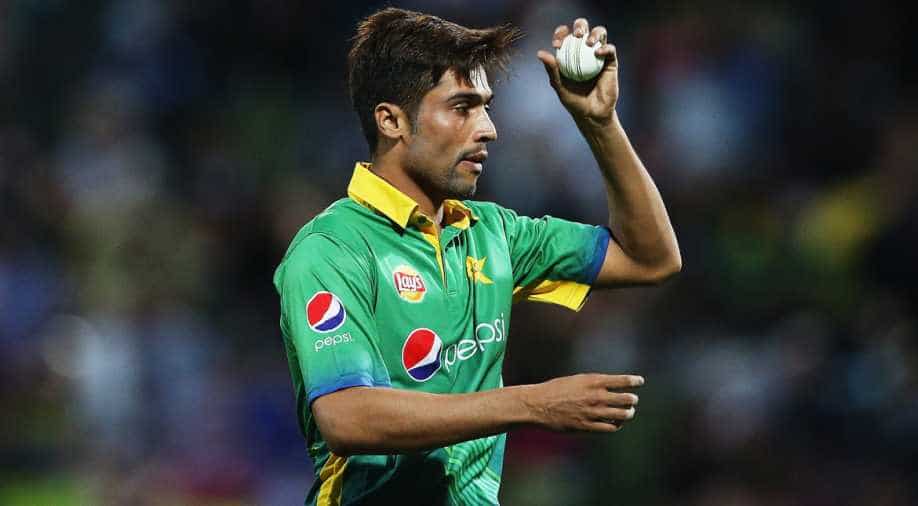 'What happened with Amir is now past,' said Shariq Mahmood from Karachi, a die-hard fan who travelled to India to watch the World Twenty20 in March this year. Photograph:( Getty )

Follow Us
When Pakistan's convicted spot-fixer Mohammad Amir takes to the field at Lord's on Thursday, the bowler can expect overwhelming support from his homeland as he faces a potentially prickly reception from the English crowd.

The 24-year-old appears almost certain to make his return to Test cricket at the home of cricket -- where he and two teammates were found guilty of arranging no-balls to order as part of an elaborate betting scam devised by a tabloid journalist six years ago.

The trio served jail sentences over the affair in what was perhaps the biggest scandal to hit the sport.

England's captain Alastair Cook has already stated Amir can expect "a reaction" from English spectators while former English cricketers Kevin Pietersen and spinner Graeme Swann have joined the ranks of those calling for a life ban for all fixers.

Back home in Pakistan, however, ex-players and most fans have come around to forgiving the left-arm pacer, citing his youth at the time of his crime and early admission -- though some still have reservations about what example his return sets to would-be fixers.

Legendary bowler Wasim Akram, who led the country to their last Test series win in England in 1996, said he believes Amir can weather the hostility.

"People want Amir to do well so there will be enormous pressure on him, but I am confident that he will come out a winner," he told AFP.

Muhammad Asif, one of Amir's co-conspirators who is now playing club cricket in Norway, also pleaded for understanding. "I request to England players and fans to allow Amir to play freely. He and two of us others committed a mistake, were punished and now our bans are over so let us play," he said.

Despite initial resistance from certain players, Amir's current teammates have united behind him while fans almost unanimously back their hero.

"What happened with Amir is now past", said Shariq Mahmood from Karachi, a die-hard fan who travelled to India to watch the World Twenty20 in March this year.

"The way he (Amir) is bowling I think he will bamboozle England batsmen with his swing," he added, referring to the youngster's slew of wickets against Sussex in a warm-up match where his fast pace and late movement won wickets and praise.

Zaair Hussain, a project manager at a game studio in Lahore, added: "The return of Amir has been something I've been eagerly awaiting -- the redemption at the end of this long tragic arc."

"A young man stupidly threw away one of the most promising careers of his generation over a pittance. From the first day, he said he would work to make himself worthy again. After five long years, his punishment served, he is back and a live wire on the pitch."

A few, however, expressed ambivalence because of Amir's perceived lack of humility since his return and the troubling signal his comeback sends in a country that has been tainted by the spectre of match-fixing since the 1990s.

Pakistan start the tour firm underdogs, though are considered to have their best chance of victory in the four-match Test series where much will rest on the ability of Amir and leg-spinner Yasir Shah.

"Watching him bowl in Tests, especially in England was a thing of joy so I can't not look forward to that," said Sana Kazmi, an education consultant in Karachi.

"But also, personally, as a fan, I just needed him to say 'Sorry I screwed up' unconditionally and he never did that. 'I'm sorry I got misled' is not quite the same thing for me."

The differing approach by the Pakistan Cricket Board to Asif and Amir's former captain Salman Butt, both of whom remain out of national contention despite having also served their bans -- has also irked some.

"So we're teaching our children that if you're really good at what you do, we will forget your sins. But, if you're mediocre, get ready to be thrown under the bus."