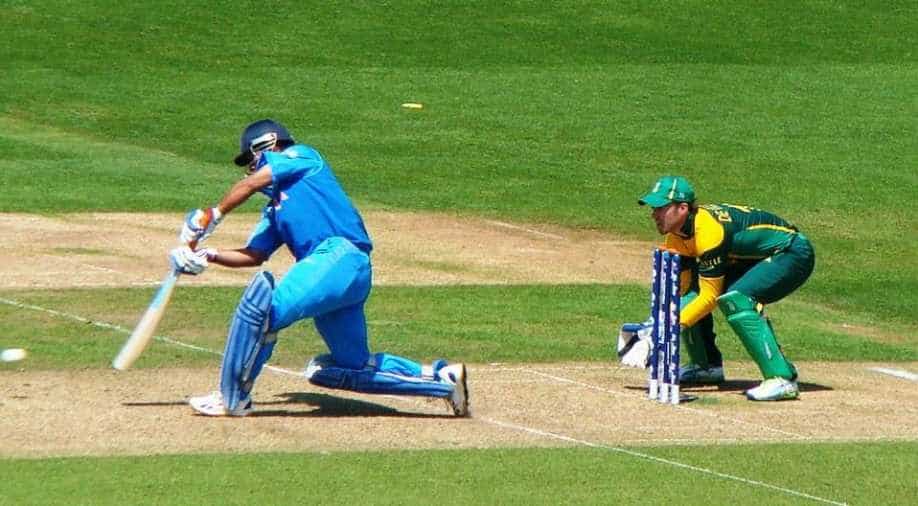 The Indian cricket team is gearing up for its biggest challenge in recent times as it commences its challenging tour to South Africa this month, with the Test series set to begin at Cape Town from the 5th of January. Though India is ranked No.1 in the world in Tests at present, it will be a daunting task to take on South Africa, who is almost unvanquished at home.

As we wait for this epic showdown between the No. 1 and No. 2 Test sides of the world, it will be a good time to look back on some of the unforgettable Test matches in the India-South Africa Test history.

The first ever India-South Africa Test match took place at Durban in 1992.

India became the first international side to play a Test in South Africa since 1970 when they toured there for a 4-match series in 1992-93. The first Test of the tour – also the first ever Test between the two sides – was played at Durban and got off to a cracker off a start as Kapil Dev dismissed Jimmy Cook in the very first ball off the match. A tenacious century on debut by India’s Praveen Amre on the bouncy Durban track was the highlight of the Test as it helped India stay alive despite the sprightly display by the South African bowlers. The match ended in an entertaining draw.

Srinath’s heroics secures India a thrilling win at Ahmedabad in 1996.

This was a low-scoring affair that was turned on its head on the fourth day courtesy a sensational fast bowling effort by India’s Javagal Srinath. In the first Test of South Africa’s tour to India in late 1996, at Ahmedabad, the home team could set the visitors a target of just 170 to win after back-to-back below par performances with the bat in both their batting forays. With almost two days left to get the runs, the target looked like a cinch to the robust South African unit. However, Indian pace bowler Javagal Srinath ripped through the South African batting in a fearsome display of seam and reverse swing on a fourth-day pitch and ended up with his then career-best figures of 6-21. South Africa was dismantled for just 105 and India won a thrilling Test by 64 runs.

The greatest drawn Test took place at Johannesburg in 2013.

This will easily go down as one of the most thrilling drawn Tests ever. Facing a mammoth target of 458 on a tricky Wanderers pitch, South Africa came within just eight runs of breaking the world record for the highest successful chase in Test history. Faf du Plessis (134) and AB de Villiers (103) set up an incredible 205-run partnership for the fifth wicket on the last day that almost took the game away from India. But as tensions mounted, some tight bowling by the Indian bowlers pulled things back and South Africa ended on 450-7. Both teams were satisfied as they fought till the very end and gave the boisterous crowd a lot to cheer about. For India, Cheteshwar Pujara’s spunky 153 helped set the big target. And for South Africa, their ability to dominate shone again. Overall, it was an unforgettable drawn Test.

India scored a historic win on a bouncy Durban pitch in 2010.

Considered widely as one of the bounciest tracks in the world, the visiting Indian side’s task was cut out as they geared up to face South Africa in the second Test of their tour to the country in late 2010. The pitch was fast all right but it worked against the home side as the Indian bowlers, led by Zaheer Khan, put up a spirited display and shot South Africa out for just 131 after posting just 205 themselves in the 1st innings. A coruscating 96 by VVS Laxman in the second innings then gave India a respectable score and a lead of 302 runs. The target was tricky and on a track that was assisting pace and bounce, the South African batsmen crumpled in the last innings to give India a historic 87-run victory – only their second Test win in the country.

South Africa ekes out a nerve-wracking draw at Johannesburg in 1997.

Although this match was drawn, it had enough drama to make it a true classic. The third and final Test of India’s tour to South Africa, played at Johannesburg, was the visitors’ last opportunity to secure a win after being routed 2-0 in the previous two Tests. Rahul Dravid’s resolute 148 helped India amass a solid 410 on the board in the first innings. The Test was interestingly poised after South Africa was set an imposing target of 356 in the last innings. The Indian bowlers put up a mettlesome display and had the home team reeling at 7-95 at one stage. However, rain interruptions and Daryl Cullinan’s plucky unbeaten 122 helped South Africa eke out a nervous draw in the dying moments. Despite the result, it was a thoroughly entertaining game of cricket.