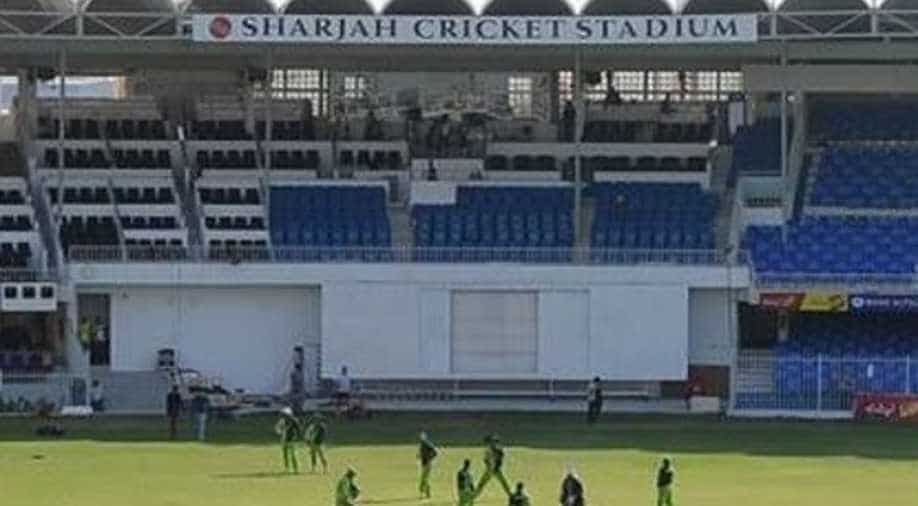 India and Pakistan met at Sharjah in the last league encounter on 23rd October 1991 in the tri-nation Wills Cup trophy. Photograph:( Agencies )

WION chronicles lesser known but controversial matches between India and Pakistan as the two Asian giants get ready to battle it out in the Champions Trophy at  Edgbaston, Birmingham in the Group B encounter on June 4.

India and Pakistan have played many memorable matches at Sharjah, however, India has been at the receiving end on most occasions. Pakistan has always treated Sharjah as a 'home' venue. However, this match(684th ODI) on 23rd October 1991 in the tri-nation Wills Cup featuring India, Pakistan and West Indies has become infamous for all the wrong reasons.

Pakistan won the match narrowly by 4 runs but the match was not known for centuries, great catches or even twists and turns - it was a match played in 'virtual darkness'. In this match the Umpires forgot to enforce the rules as the Asian giants played out a cricket match in conditions which is unthinkable in the era of high-tech day/night roller-costers.

It was the last league match with the two Asian cricket giants having already earned their place in the Wills Cup final, so it was a match being played purely to gain 'psychological' edge over the opponent.

As the day approached, overnight rains meant the match started late but both teams decided to pay the stipulated 50-over ODI. Pakistan set India a competitive target of 258 to win.

Shastri and Kambli gave India a rollicking start putting on 124 runs for the first wicket. As the match reached the half way stage, the light began to fade and in the slog over India began to lose wickets - Shastri(77 runs), Azhar(0), Kapil (0) fell as India began to lose momentum. Sanjay Manjrekar 'The Wall' of India in the 90s and the indomitable Sachin Tendulkar kept India in the hunt as the street lights at Sharjah were switched on after 45 overs.  Manjrekar fell after a defiant 49(1 four, 67 balls) and Tendulkar after hitting a quickfire 49 runs in just 38 balls(3 fours, 2 sixes) too fell as India stumbled needing just 18 runs to win.

However, by this time the light had become so bad that Indian batsmen Prabhakar and More were playing on sheer instinct. Sri Lankan umpires  BC Cooray and Wickramasinghe let the game carry on as skipper Imran asked his pace bowlers Waqar and Wasim to go flat out. India fought valiantly till the end and amazingly lost by just 4 runs with Prabhakar unbeaten on 19(18 balls, 1 boundary) and wicketkeeper More giving him company at the other end (1 not out).

It led to a lot of bad blood between the two teams even as Pakistan celebrated yet another victory at Sharjah but for Azhar's India, it was little consolation as India went on to lose the Wills Cup final two days later with Aaquib Javed getting a hat-trick as India lost by 72 runs. Pakistan, as usual, were victors in their 'home' venue.

WATCH VIDEO OF THE MATCH