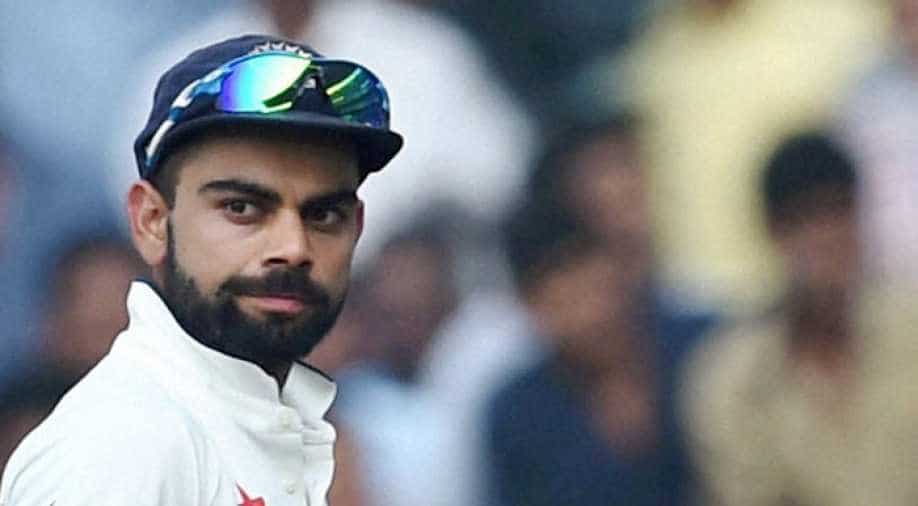 Sports journalists however thought the line of questioning was provocative and that, under the circumstances, Kohli handled himself well.  Photograph:( Zee News Network )

"What is the best 11?" Kohli snapped, when asked if India had played their best 11.

"If we had won this, was this the best 11? We don't decide the 11 according to results. You are telling me that you could have played the best 11.
You tell me the best 11 and we will play that," Kohli said.

India have now lost the first two Tests against South Africa, which puts the three-match series beyond them.

There had been questions asked over India's selection. The biggest being why Rohit Sharma was picked over Ajinkya Rahane, the other being why Bhuvneshesh Kumar -- one of India's best bowlers in the first Test -- was dropped for the second.

"I am saying the loss obviously hurts but you make one decision and you got to back it. We don't sit here and say if you will fail in one game, you are not good enough to be at this level. Didn't we lose in India when we had the best 11 there?

"Whoever is picked should be good enough to do the job for the team. That is why we have got such a big squad. They are good enough to be at this level but you need to do that collectively as a team. You can't pinpoint and say which is the best 11. We have played with teams in the past which have looked really strong and lost," Kohli said.

Kohli was also asked if the team was losing because of all the chopping and changing -- India have fielded different teams (at least one change was made) in all the Test matches played under him.

It was helpfully pointed out after the conference that Kohli has actually won 20 of the 34 Tests played under his captaincy, not 21.

And that while Kohli might have snapped back at the reporters asking him the questions, sports journalists said the line of questioning was "provocative". And that, under the circumstances, Kohli handled himself well.

Having said that, Kohli had earlier been known to very often lose his cool. Most hilariously during the 2015 World Cup when he lost his shirt at a sports journalist because of a story done by someone else.

He'd gotten the two mixed up.