England's Ben Stokes out of fourth ODI after arrest in Bristol 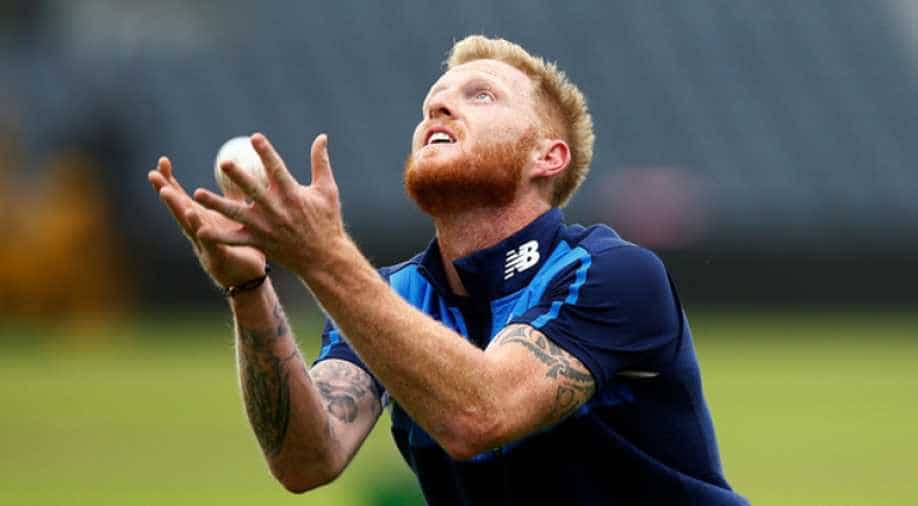 England all-rounder Ben Stokes was arrested early on Monday after an incident in Bristol and will miss the fourth one-day international against West Indies, the England and Wales Cricket Board (ECB) said.

"He was held overnight and released under investigation, without charge, late on Monday and will not join the team in London," the ECB said in a statement on Tuesday.

Opener Alex Hales, who was with Stokes on Sunday night, will also miss Wednesday's match at The Oval. The ECB said he had returned voluntarily to the city in the west of England to help police with their enquiries.

England took an unassailable 2-0 lead in the five-match series after winning the third game by 124 runs in Bristol on Sunday. The second game was washed out.

The news broke as the England selectors meet to finalise the squad, which will be announced on Wednesday, for the Ashes Tour to Australia.

The flame-haired Stokes, vice-captain of the England test team and one of world cricket's most destructive batsmen, would expect to be one of the first names on the list.

"The selectors have been instructed to select the Ashes squad based on form and fitness as they normally would," said Andrew Strauss, England's director of cricket.

The ECB gave no further details of the incident, but the BBC said it happened in a city nightclub. Sky Sports Television reported that the 26-year-old player had injured his hand.

Avon and Somerset's police said they had been called to a disorder in the Clifton area in the early hours.

"A 27-year-old man was found to have suffered facial injuries and was taken to the Bristol Royal Infirmary for treatment," they said in a statement.

"A 26-year-old man was arrested on suspicion of causing actual bodily harm and has since been released under investigation."

ENG vs WI: Ben Stokes leads tribute with key worker names featuring on his team’s shirts as first Test gets under way