Russia had nothing to do with meddling in 2016 US elections: Putin to US vice president Pence 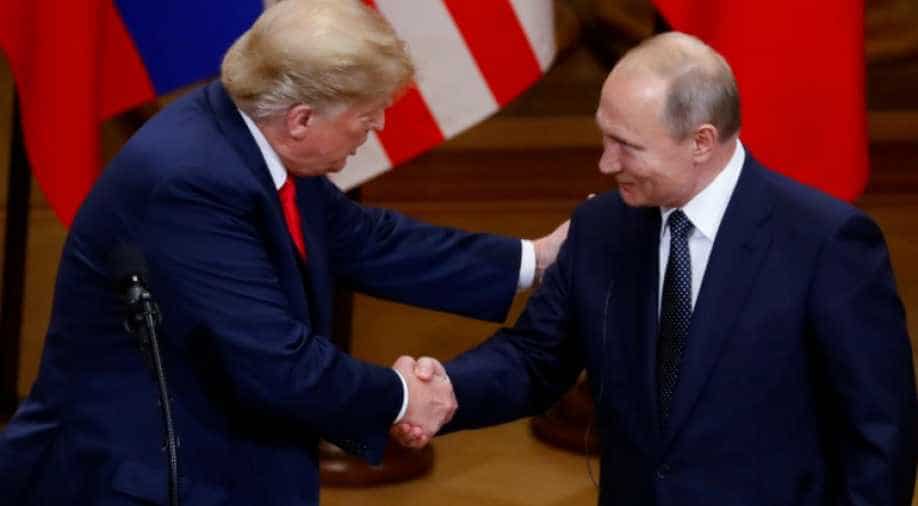 Last week, President Trump had called the Russia investigations as "disgrace to the nation"

Russian President Vladimir Putin told US vice president Mike Pence that Russia had nothing to do with meddling in the 2016 US election, Interfax reported on Monday, during discussions about an upcoming meeting between Putin and President Donald Trump.

Putin and Pence spoke in Singapore last week about key issues that could be discussed at the meeting between the two leaders, expected to take place at the G20 summit in Argentina in late November, a Kremlin spokesman said.

Pence raised the issue of external meddling in the US election but Putin told him that "the Russian state had nothing to do ... and can not have anything to do with meddling" in any electoral processes, Interfax quoted Kremlin spokesman Dmitry Peskov as saying.

Last week, President Trump had called the Russia investigations as "disgrace to the nation", after he fired attorney general Jeff Sessions.

"They have found no collusion and have gone absolutely nuts. They are screaming and shouting at people, horribly threatening them to come up with the answers they want," Trump wrote on Twitter.

"They are a disgrace to our Nation and don't care how many lives (they) ruin."

Amid the row, top Democrats stepped up pressure on acting US Attorney General Matthew Whitaker to step aside from overseeing a special counsel probe into Russian meddling in the 2016 US presidential election, vowing to order him to testify early next year.