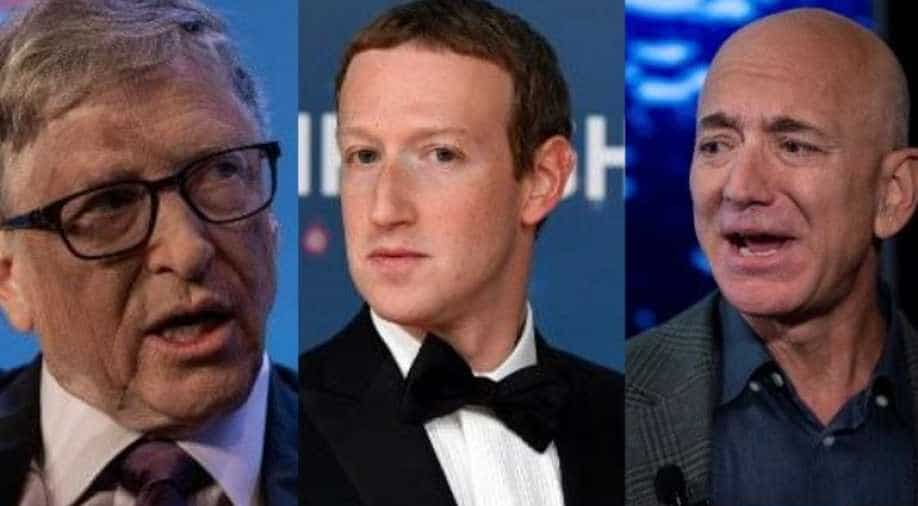 Zuckerberg aims to create a short video platform with Reels pitching it as a substitute for TikTok in America.

The social networking site had launched Reels in America on Wednesday pitching it as a competitor to TikTok which has been involved a battle with the Trump administration over its continuation in the US amid espionage allegation by the US government.

Zuckerberg who holds 13 per cent stake in the company has joined Microsoft co-founder Bill Gates and Amazon founder Jeff Bezos in the $100 billion club.

Zuckerberg aims to create a short video platform with Reels pitching it as a substitute for TikTok in America. Facebook had earlier created a platform named Lasso two years ago but it had failed to compete with TikTok which was enjoying huge popularity among users at that time.

Facebook shares have been on the rise for the past week rising over 13 per cent amid buoyant quarterly report on July 30. Facebook had said it had made a profit of $5.2 billion on $18.7 billion in revenue in the recent quarter amid the coronavirus pandemic. The users in the platform also grew rising to a high of 2.7 billion.

"This was a strong quarter for us, especially compared to what we expected at the start," Zuckerberg had said while announcing the results. The Facebook chief also informed that the user base of WhatsApp and Messenger each month topped three billion.

On the pandemic, Zuckerberg said: "Imagine going through this pandemic two decades ago when the internet was nascent Facebook didn't even exist."