Will China dump US bonds as a trade weapon? Not so fast 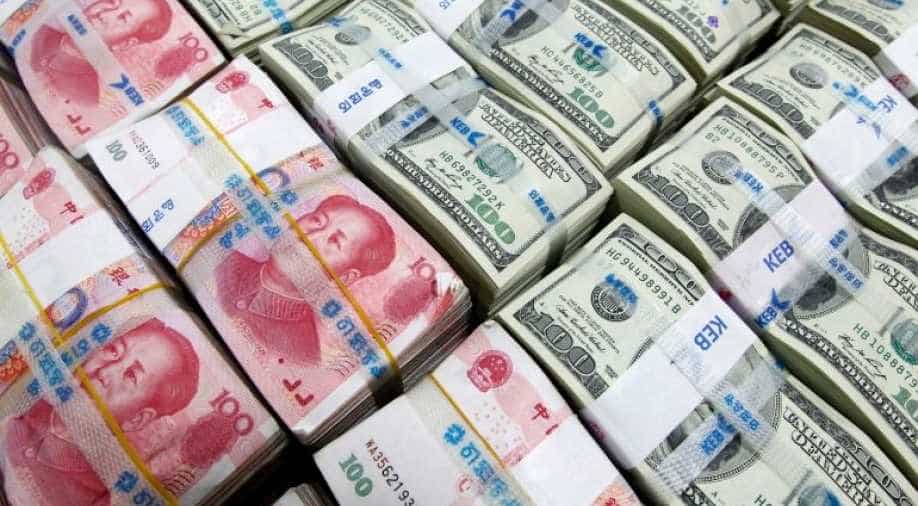 China has been slimming its Treasury securities portfolio for some time, but most analysts see an aggressive reduction of its holdings as a remote possibility at most.

The trade war between Beijing and Washington has stoked concern in financial markets that China might opt to weaponise its holdings of more than $1.1 trillion worth of US Treasuries in retaliation for the tariffs the Trump administration has imposed on Chinese imports.

Often referred to as the "nuclear option," choosing to dump so large a pool of assets would likely destabilise world financial markets, drive interest rates higher and push tensions between the world's two largest economies into uncharted territory.

China has been slimming its Treasury securities portfolio for some time, but most analysts see an aggressive reduction of its holdings as a remote possibility at most. There is no evidence Beijing is seriously looking to flood markets with its US bonds.

Here are some key points about China's Treasuries portfolio:

How much US debt does Chins own?

About a decade ago, China overtook Japan as the largest foreign holder of US government debt.

Its holdings stood at more than $1.12 trillion at the end of March, according to US Treasury Department data. Japan is a close second with nearly $1.08 trillion.

China's holdings peaked in late 2013 at nearly $1.32 trillion and have come down by about 15% since then. In March they were the lowest in about two years.

Its share of the Treasury market has fallen even faster, due to the steady issuance of US debt required to finance the growing federal budget deficit.

The world's second-biggest economy owns about 7% of the $16.18 trillion of US public debt outstanding, its lowest share in 14 years, and down from a peak of 14% in 2011. Still, its slice of the pie is exceeded only by the US Federal Reserve, which owns $2.15 trillion of Treasuries, or 13.5% of the market.

Treasury issuance is expected to keep accelerating following a massive tax cut enacted in December 2017, so China's share of the market will likely drop even further.

Why does China own so much US debt?

As a net exporter to the United States and the rest of the world, China has the world's largest stash of foreign-exchange reserves at more than $3 trillion. Much of that is denominated in US dollars accumulated through its persistent trade surplus with the United States since the early 1990s.

A natural place for China to park a lot of those greenbacks is the US Treasury market, which is by far the largest and most liquid pool of safe assets in the world.

Also, since the financial crisis of 2007-2009, US Treasuries have consistently yielded more than bonds issued by other large developed economies such as Japan and Germany, which has been another lure.

What is the risk to the United States if China sells?

Most analysts agree that large-scale selling by Beijing would disrupt the Treasury market and other markets.

An abrupt shift in the balance of supply and demand could drive down Treasury prices, and drive up their yields, which move in the opposite direction to prices. That would cause a spike in borrowing costs for the US government.

Also, because Treasury yields are a benchmark for US consumer and business credit, interest rates on everything from corporate bonds to homeowners' mortgages would rise, likely slowing the economy.

Such a jarring move would also erode global investors' confidence in the US dollar as the world's top reserve currency.

What is the risk to China if IT dumbs treasures?

Most analysts argue China has not opted to sell Uncle Sam's IOUs because a nosedive in US bond prices also would bring down the value of China's remaining Treasury holdings.

Also, China's currency, the yuan, is not fully free floating. Beijing uses its Treasury holdings as a key tool to stabilise the yuan within a targeted range, against the dollar in particular.

Some critics have alleged China uses Treasuries and its other currency reserves to hold down the yuan, making its exports more attractive. At the same time, allowing the currency to cheapen too many risks other problems, such as foreign capital flight.

Any sharp depreciation in the greenback might force Beijing to defend the yuan, which may mean shedding more of its Treasuries stake. Back in 2016, China's Treasuries holdings fell sharply by some $200 billion from May to November of that year as the yuan depreciated on worries about the Chinese economy.

Lastly, any knock-on effect in the US economy would also be felt in China because the United States is the destination for nearly a fifth of Chinese exports.