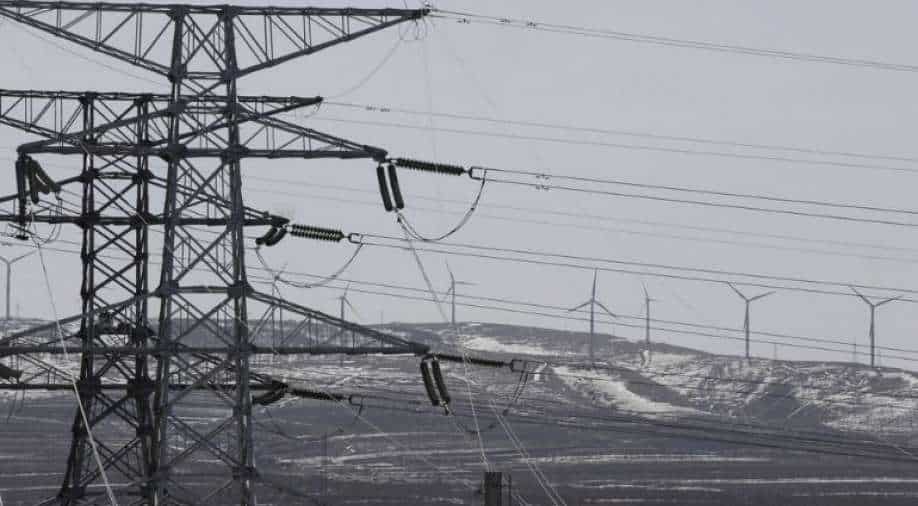 Natural gas, the main focus of this squeeze, is crucial for generating electricity, running factories, and heating homes

Just as economies seemed to be returning to something like normal, an energy crunch has hit Britain, the rest of Europe, and much of the world.

Natural gas, the main focus of this squeeze, is crucial for generating electricity, running factories, and heating homes. It is also seen by some as a transition fuel away from highly polluting coal.

Prices for natural gas have risen about sixfold, to record levels. The surge means the wholesale price of electricity has reached stratospheric levels, making headlines across Europe as consumers, battered by the pandemic, are now hit by big increases in their home energy bills. These high costs are also undermining the economics of companies that make fertilizer, steel, glass, and other materials that require a lot of electricity.

Britain, whose power system depends heavily on gas, is taking some of the hardest blows, creating major headaches for the government of Prime Minister Boris Johnson.

Johnson has already been pushed into subsidizing a fertilizer factory and is under pressure to do more to prevent factory closures and job losses. He has also brought in military drivers in an effort to ease a shortage of gasoline, which has caused lines at filling stations.

The gas spike is also making geopolitical waves. Russia, Europe’s largest gas supplier, is being blamed for manipulating prices. The United States, in turn, has warned Moscow not to try to exploit the gas crunch for its own ends. The pinch could open the way for more exports of liquefied natural gas from shale drilling in the United States.

Here is a look at the energy issues rocking Britain and Europe.

Why have natural gas prices jumped so high?

Demand for energy has jumped as the world economy has reawakened from shutdowns brought on by the pandemic. The sudden need for natural gas took the energy industry by surprise, and prices shot up. The approach of winter, the major season of gas consumption, has lifted prices further as countries in Asia, Europe and North America outbid each other to make sure they have fuel to stay warm.

China, the world’s largest gas importer, is snapping up gas to fuel power plants and cut carbon emissions. China’s aggressive purchases are drawing gas away from Europe at a time when deliveries from Russia, a key supplier, have been disappointing.

European countries normally stock up on gas in the summer, when prices are relatively cheap. Not this year. European storage levels are low, making markets so jittery that there have been some of the wildest swings in gas prices that traders have ever seen.

Is this all Russia’s fault?

No. Many factors have contributed. But markets watch the largest supplier to Europe very closely, and analysts say Russia’s recent signals that it will keep a tight grip on gas flows to Europe has played a big role in recent price spikes.

“A lot of those have been triggered by things the Russians have effectively done,” said Trevor Sikorski, the head of gas at Energy Aspects, a research firm.

President Vladimir Putin of Russia is trying to use the energy crunch for his own ends. On Wednesday he said the gas crunch would ease as soon as European regulators approved Nord Stream 2, the politically fraught gas pipeline that runs underwater from Russia to Germany. Once operating, the pipeline will likely strengthen the grip of Gazprom, the Russian gas company, on European markets.

On the other hand, some analysts doubt that the problem would be solved as soon as the European Union and Germany sign off on the new pipeline. Russia is probably facing a crunch of its own, according to Henning Gloystein, a director at Eurasia Group, a political research firm. As part of a deal with the Organization of the Petroleum Exporting Countries to bolster markets during the pandemic, Russian companies were ordered to cut back oil production, and as a result their gas production was also curtailed and has been slow to recover.

Why is Britain in such bad shape?

Britain is paying a price for a combination of successes and failures. The country has to a great extent phased out coal for power generation and built up capacity in renewable energy, particularly offshore wind. These moves cut greenhouse gas emissions and help curb global warming.

“That success in climate policy is coming back to bite,” Gloystein said.

Britain is not yet far enough in its shift to clean energy to escape the sting of leaps in world gas prices.

“We haven’t at this moment really got enough renewables to really punch through,” said Martin Young, a power analyst at Investec, a securities firm. “Gas is typically setting the price.” Britain’s hefty taxes on carbon emissions are also adding to electricity costs, he said.

A fire that knocked out a large cable bringing electric power from France added to the woes. And unlike other European countries, Britain has not invested in gas storage facilities, instead allowing one major such facility to close in 2017.

Are consumers getting any relief?

The soaring wholesale price of electricity is being passed along to homeowners, stretching budgets and forcing governments to intervene. In Spain, the government recently, in effect, said it would take profits earned on electric power generation from wind and solar to compensate consumers for high gas prices.

About 15 million British households were recently hit with energy price increases in the 12% range under a government program to cap big jumps in rates. The capped rates are reviewed every six months; the next review, in April, is widely expected to result in a bigger jump.

Another issue facing homeowners: Many electricity suppliers that offered customers low-priced deals have found themselves unable to meet their commitments at current prices. Many of these relatively small companies have collapsed in recent weeks, and the accounts of their estimated 1.7 million customers are being auctioned off to stronger companies. No one will lose power because of these business failures, but ultimately those customers will pay higher rates, and the companies that take on the customers will be able to pass on extra expenses to bill payers.

Will businesses get a bailout?

Companies that use a lot of energy are demanding the British government provide some sort of assistance to help pay their skyrocketing bills, but it remains unclear how ministers will respond.

Having borrowed heavily to finance furloughs and other programs to cushion the impact of the pandemic, the government is reluctant to spend more.

Recently, though, the government agreed to temporarily subsidize the operations of a fertilizer plant. The factory’s parent, CF Industries, had shut the plant because of high energy costs, but the carbon dioxide it produced as a byproduct was vital to the food industry.

The government is reportedly preparing to announce a low-interest loan program for the most heavily affected businesses, but that is unlikely to assuage executives, who are also seeking relief from Britain’s taxes on carbon emissions.

Long lines at gas stations in Britain last month were caused not by a shortage of fuel but by a shortage of truck drivers to deliver the fuel. Partly because many European drivers have returned home from Britain because of Brexit, there are not enough of them to keep gas stations’ tanks filled.

In recent weeks the problem has subsided.

Is this the new normal?

It could be for some time, not unlike the supply chain issues that continue to put a drag on the delivery of goods. Business executives note that these price spikes are occurring in the fall, not winter, when demand for gas revs up, and so they suspect the crunch could worsen. A lot depends on weather. A change in Russia’s approach might help.

But analysts say Britain could be the major European economy most at risk of not having enough energy to run its economy. “Should this happen, the government would likely demand factories to reduce output” in order ensure household supply of gas, Gloystein wrote in a note to clients.