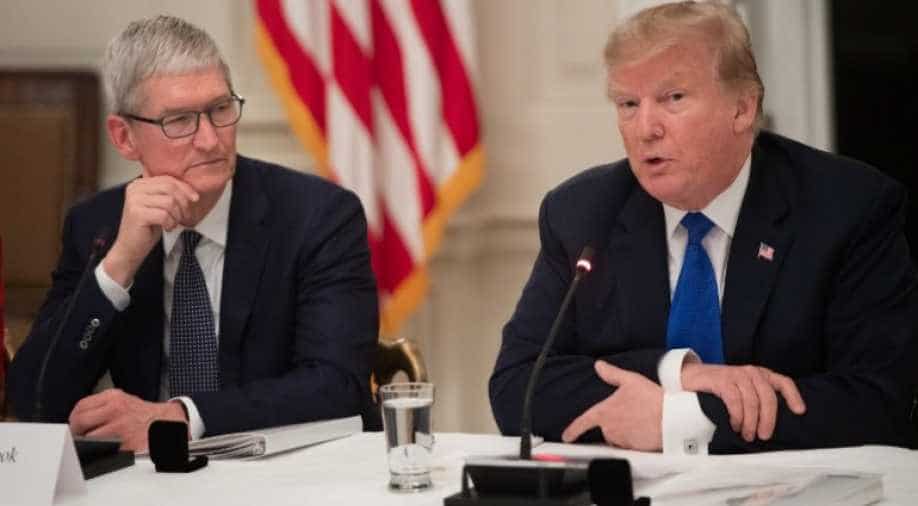 The Wall Street Journal had reported that Apple is shifting manufacturing of its new Mac Pro desktop computer to China from Texas.

Apple CEO Tim Cook on Tuesday said that the desire to keep Mac Pro computer production in United States was behind the company's recent request for tariff exclusions.

"We want to continue to be here," he told analysts on a post-earnings call, adding that the company is investing in capacity to manufacture $6,000 Mac Pros in the United States.

On July 18, Apple had asked the US Trade Representative's office to waive 25 per cent tariffs on 15 parts, including ones for the Mac Pro desktop computer. The public comment period for those requests closes on August 1.

The Wall Street Journal reported in June that Apple is shifting manufacturing of its new Mac Pro desktop computer to China from Texas.

Last week, US President Donald Trump had said his administration would not grant Apple any relief for tariffs on parts made in China for Mac Pro, later adding that he thought the firm would build a plant in Texas.

Apple Inc iPhone sales dropped to less than half of quarterly revenue for the first time in seven years, but CEO Tim Cook described the change as successfully diversifying away from a single product and forecast results above Wall Street targets.

Apple's greater China sales, which had gone into a near free fall earlier this year, dipped only slightly, assuaging concerns that trade tension were undermining Apple's standing in one of its most important markets. Shares rose 4.25 per cent after hours.

"We actually grew in mainland China," Cook said, adding,"non-iPhone revenue grew 17 per cent. We grew in every category outside of iPhone."

Apple reported results as US and Chinese trade negotiators resumed off-and-on talks. US President Donald Trump has suspended new tariffs on a final $300 billion of Chinese imports, which would include iPhones.

Trade tension has slowed down economic growth in China, a major market for Apple, which effectively cut iPhone prices in China earlier this year after currency exchange rates had made its phones too expensive for many Chinese consumers.