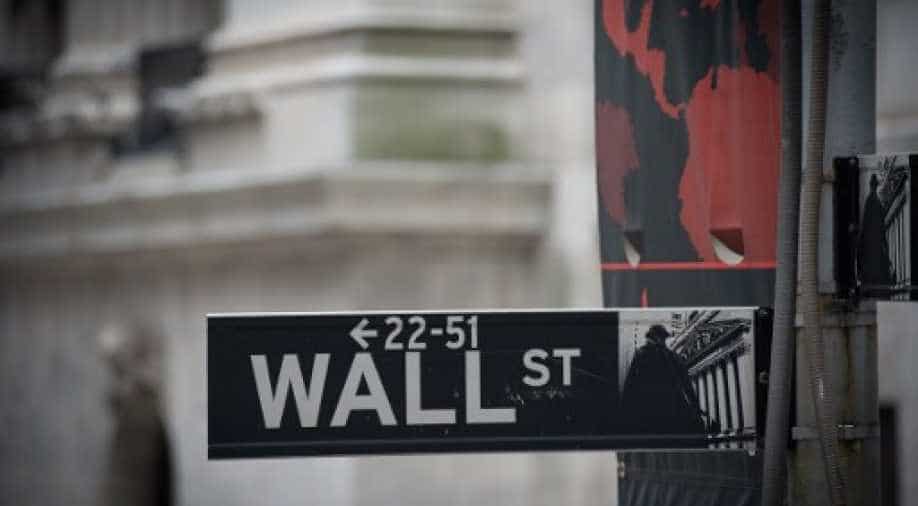 The US market is alarmed that the tough talk could lead to a trade war. Photograph:( AFP )

Trump's first order of business Monday was to sign an executive order officially withdrawing from the 12-nation Trans-Pacific Partnership. Trump also has also announced plans to renegotiate the North American Free Trade Agreement and his chief spokesman said the new president would not hesitate to confront China over the South China Sea.

US stocks rallied hard after Trump's surprise election win in the hopes he would lower taxes and reduce regulation, a promise he renewed on Monday. But markets have been worried the tough talk could lead to a trade war.

Qualcomm plunged 12.7 percent following news it was sued by Apple for abusing its market power to demand unfair royalties, echoing charges filed days earlier by US antitrust regulators. Qualcomm rejected the claims and said Apple was mischaracterizing its practices.

Aetna dropped 2.7 percent and Humana gained 2.2 percent after a US judge blocked Aetna's proposed $37 billion takeover of its rival on antitrust grounds. Aetna would be forced to pay Humana $1 billion if the deal dies.

McDonald's shed 0.7 percent after reporting a slight dip in fourth-quarter earnings following 1.3 percent drop in US comparable sales. Sales in China, Japan and some other overseas markets offset the decline.

Energy shares were generally in retreat with lower oil prices, along with most pharmaceutical stocks. But some technology stocks pushed higher, including Google parent Alphabet, Facebook and Tesla Motors.