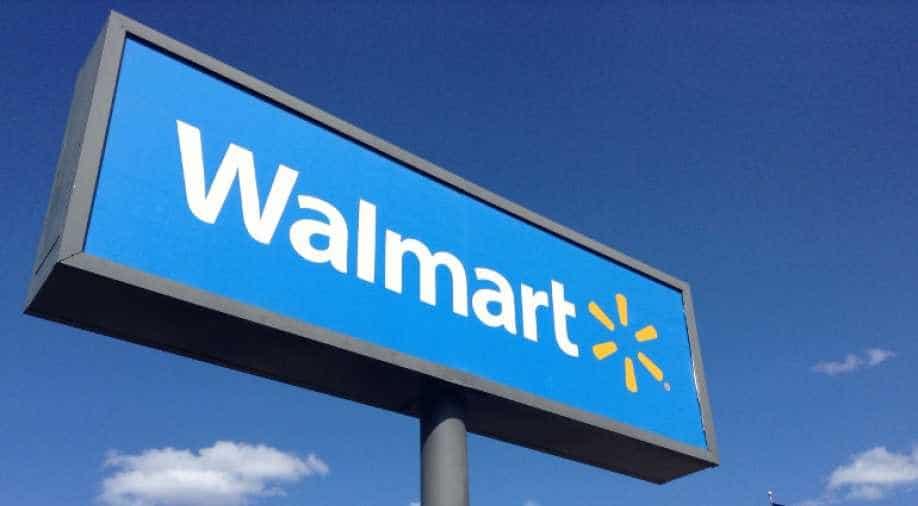 Wal-Mart reported a 60 per cent jump in online sales in the United States in its latest quarter ended July. (Image source: Wikimedia Commons) Photograph:( Others )

Wal-Mart Stores on Tuesday unveiled a $20 billion share buyback plan and forecast US online sales to increase by about 40 per cent in the fiscal year ending January 2019.

Wal-Mart's shares were up 1.6 per cent at $81.80 in premarket trading after the company also forecast overall net sales to increase by at least 3 per cent in the same period.

The company, locked in a battle for market share with ecommerce giant Amazon.com, has been doubling down on its online business and is leveraging its 4,700 plus stores to create a more hassle-free experience for its online shoppers.

Wal-Mart reported a 60 per cent jump in online sales in the United States in its latest quarter ended July.

"It is clear that Wal-Mart intends to continue to turn up the heat online, with 40 per cent annual growth an impressive goal, especially on the heels of the 30 per cent outlined at the 2016 investor meeting, which at the time seemed aspirational in our view," Moody's Lead Retail Analyst Charlie O'Shea said.

The largest US grocery retailer also said it expects to add 1,000 locations for shipping online grocery orders in the fiscal year 2019. It currently ships online orders from more than 900 US locations.

Competition in the grocery space has increased since Amazon bought Whole Foods and cut prices at the upmarket grocer in August.

The company forecast profit for the fiscal year 2019 to increase about 5 per cent over the expected adjusted earnings of $4.30 to $4.40 per share for the year ending January 2018.