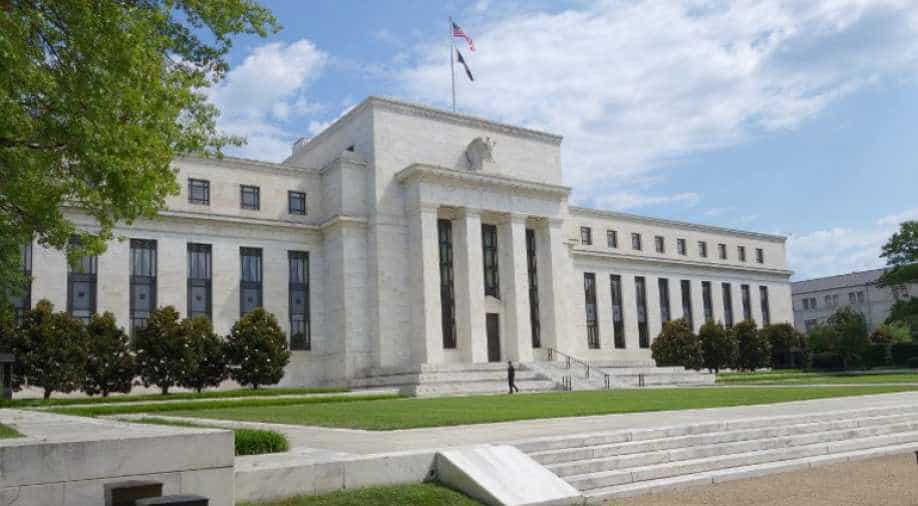 The Fed has kept federal funds rate in a range of 0.75-1.0%||The Federal Reserve downplayed recent weak economic growth, a signal it will remain on course for gradual rate hikes||It raised rates in March and December, given steady job creation and signs of mounting price pressures||

The US Federal Reserve held interest rates steady on Wednesday, while also downplaying recent weak economic growth, a signal it will remain on course for gradual rate hikes.

The wording of the Fed's policy statement strengthens the prospect of two more increases in the benchmarket lending rate this year, likely at the June and September meetings.

The Fed's policy-setting Federal Open Market Committee voted unanimously to keep the federal funds rate in a range of 0.75-1.0 percent, just as most analysts had expected.

The FOMC members discounted the tepid growth in the first quarter -- when GDP expanded by only 0.7 per cent, the slowest in three years -- as a one-time issue, while emphasizing the continued strong labour market and solid hiring.

"The Committee views the slowing in growth during the first quarter as likely to be transitory and continues to expect that, with gradual adjustments in the stance of monetary policy, economic activity will expand at a moderate pace," the statement read.

The central bank raised rates in March and December, given steady job creation and some signs of mounting price pressures -- and amid the wave of optimism in the early days of President Donald Trump's term, with his promises of tax cuts and big infrastructure spending.

Many economists also discounted the weak first quarter as an anomaly frequently seen in the first three months of the year, and continue to see the need for two more rate moves.

Fed-watchers applauded the nuance of the central bank's statement in signaling the continued move away from zero interest rates during the financial crisis, a shift known as policy "normalization."

Barclays economists said although the Fed did not take action, "it did something just as important: in the face of weak data, it signaled that it would maintain its normalization path this year."

At the same time, the Fed showed no uncertainty about the economy "or hesitation over the path of policy," Barclays added.

Given that tone, "we believe the bar for inaction in June is high. To derail June, the economy would need to provide proof of fundamental weakness to the FOMC," the economists said.

Mickey Levy of Berenberg Capital Markets noted that central bankers are not as reactive to every swing in data as they had been in the past two years.

The Fed "appears to be firmly on a policy normalization track and is not reacting to every piece of high-frequency economic data," Levy said.

"It would take a dramatic slowdown in the economy to derail the Fed's normalization plans."

Since the last meeting in March, "The labor market has continued to strengthen even as growth in economic activity slowed," the FOMC statement said, with "solid" job gains and another decline in the unemployment rate, which now sits at 4.5 per cent.

And while household spending has risen only modestly, "the fundamentals underpinning the continued growth of consumption remained solid."

Meanwhile, 12-month inflation has held close to the Fed's two percent target, even while some price measures declined in March.

The Fed's beige book survey of the economy prepared in advance of this week's meeting noted reports across the country of firms that had to provide bonuses, and increase wages and benefits, while still struggling to fill openings, even for low-skilled work.

Ian Shepherdson, chief economist of Pantheon Macroeconomics, said the rate hikes will be needed to head off inflation as the job market continues to tighten.

The FOMC members "have not changed their view that the economy can take a 'gradual' increase in rates, which will be needed to prevent an overshoot of the inflation target as the labor market tightens," Sherpherdson said.

Vodafone edges back into annual profit