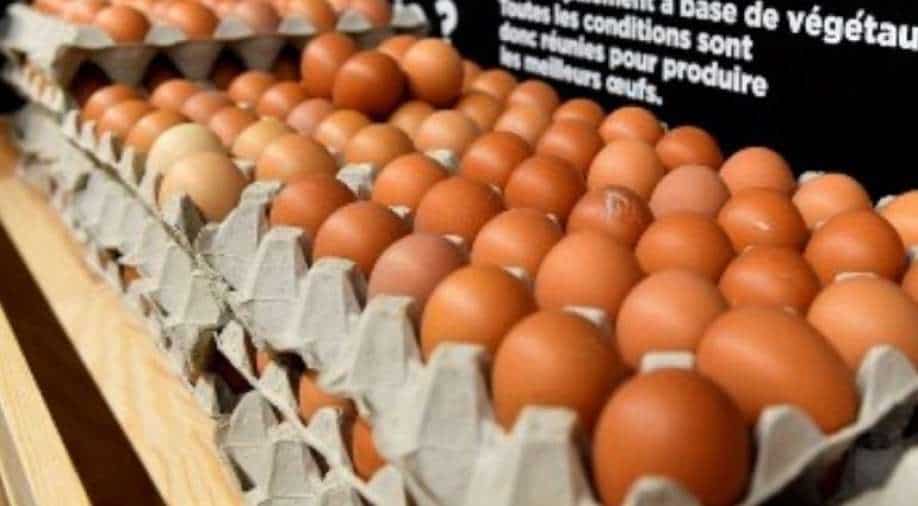 [Representative Image] Eggs are on sale in an organic supermarket. Photograph:( AFP )

The United States, which depends on India for more than 40% of its organic soy meal used to feed chickens, is investigating claims that India is unfairly dumping and subsidising the product, causing American businesses to suffer.

Due to a major trade dispute between India and the United States over the supply and sale of organic soy meal, Americans may have to pay more for organic eggs.

The US relies on the South Asian nation for more than 40% of its organic soy meal used to feed chickens.

The Organic Soybean Processors of America had previously complained to the US Department of Commerce (DOC) and the US International Trade Commission (ITC) that organic soybean meal from India is being sold at less than fair value in the US.

The trade group had demanded antidumping and countervailing duties on Indian imports.

The US International Trade Commission is currently investigating the allegations made by Organic Soybean Processors of America.

According to Ryan Koory, director of economics for Mercaris, which tracks organic markets, the outcome of the investigation will most likely result in "significant tariffs."

This has frightened merchandisers, who are stockpiling soy meal in response, resulting in tight supplies and a price increase, according to Bloomberg.

According to the report, organic meat and dairy may become more expensive.