US Black Friday: More shoppers this year but less spent per head 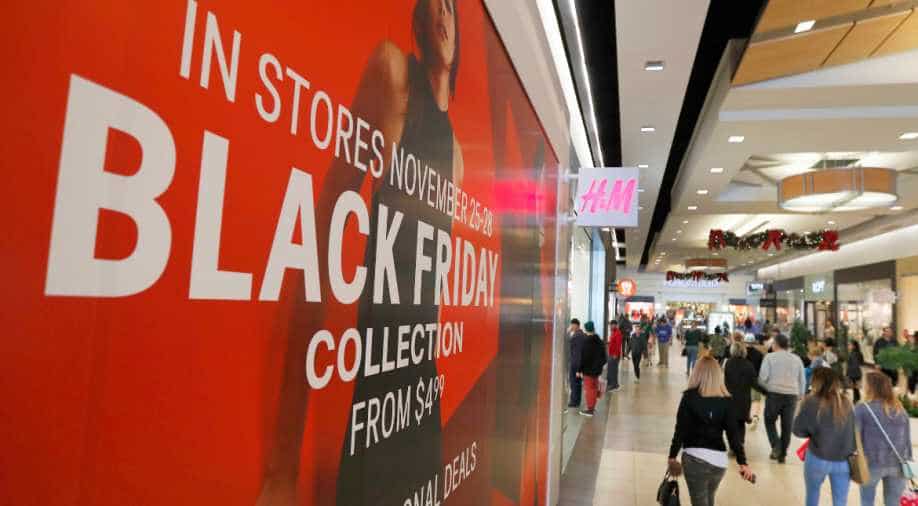 The American shopping fest known as Black Friday lured more buyers this year but they spent less per person thanks to great bargains, an industry group said Sunday.

More than 154 million people made purchases during the four-day retail extravaganza that began Thursday on Thanksgiving, compared to 151 million last year, the National Retail Federation said.

Sales over the Thanksgiving holiday, which extends into so-called Cyber Monday, are a good indicator of the health of US consumer spending.

Online sales dominated. A total of 44 per cent of those who took part in the NRF survey said they had bought via the internet while 40 per cent went to a brick-and-mortar store.

"It was a strong weekend for retailers, but an even better weekend for consumers, who took advantage of some really incredible deals," NRF president Matthew Shay said.

The most popular day to shop online was Black Friday itself, the day after the Thanksgiving holiday. Of those who purchased online over the four-day period, 74 per cent did so on Friday, up 1.3 per cent from last year.

And of the people who went to actual stores over this shopping period, 75 per cent did so on Black Friday, up 3.4 per cent from last year, the NRF said.

Millennials, aged 18-34, drove the increase in shopping, with eight out of ten buying something over the long weekend.

Around 56 per cent of smartphone owners and 53 per cent of tablet owners used these devices to assist with their shopping.

The study was carried out by Prosper Insights & Analytics with a sample of 4,330 people on November 25-26 and has a margin of error of 1.5 percentage points.