Union Budget 2019: How it is formulated and presented 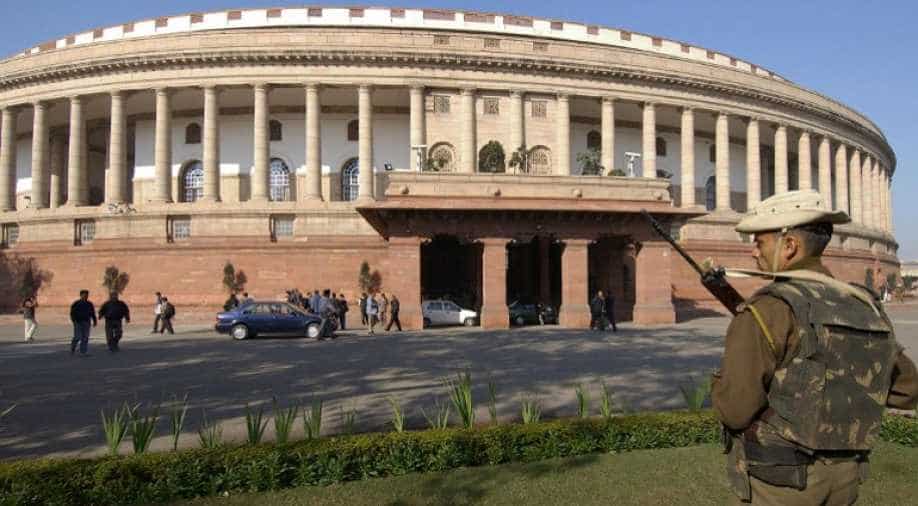 The process of creating budget starts some 10-15 days before the exact budget presentation. The process flags off with a dessert 'Halwa'.

Keeping up with the tradition, the Narendra Modi-led government ahead of the general election will present an interim Budget on February 1, 2019, at 11 am.

The last Budget of the present NDA government is likely to be presented by interim Finance Minister Piyush Goyal in the Lok Sabha.

In pics: Nine landmark budgets and their impact on the Republic of India

Before the presentation of the Budget in Lok Sabha here we bring the entire process in brief:

The process of creating budget starts some 10-15 days before the exact budget presentation. The process flags off with a dessert 'Halwa'.

Ministers and senior officials of the Finance Ministry observe a symbolic 'Halwa Ceremony' to mark the launch of formal printing of documents relating to the Union Budget.

As part of the ritual, 'halwa' is prepared in a big 'kadhai' (large frying pot) and served to the entire staff in the ministry.

This year, the 'Halwa Ceremony' was held on January 21, in presence of Minister of State for Finance Shiv Pratap Shukla and senior officials. Finance Minister Arun Jaitley, however, missed the customary pre-Budget event as he is currently in the US for a medical check-up.

The printing of the budget documents is carried out in top secrecy at the finance ministry in North Block. Confidentiality and secrecy are the primary ingredients of the whole process.

A large number of officials and support staff, who are directly associated with the Budget making and printing process, are required to stay in the ministry and remain cut off from their families till the presentation of the Budget in the Lok Sabha.

They are not even allowed to contact their near and dear ones through phone or any other form of communication, like e-mail.

Only very senior officials in the finance ministry are permitted to go home.

Budget is an account of the finances. It lays down the consolidated report of revenue from all sources. The budget also carries Budgeted Estimates which are the estimates of the Central government’s accounts for the upcoming fiscal.

During the final stage of budget preparation, ministries provide the estimates for their revenue receipts in the current fiscal year (revised estimates) and next fiscal year (budget estimates) to the finance ministry.

Before the presentation of the Budget, President's recommendation is obtained under Article 117(1) and 117(3) for introduction and consideration in the lower house of Parliament.

After President's recommendation, the Budget is then laid before the Lok Sabha by the finance minister with the "Budget speech".

The two-part Budget speech contains an overview of the economy and tax proposals.

The first part comprises major policy initiatives taken by the govt and an overview of the economy. and after the introduction of GST most indirect tax changes are carried outside the Budget.

Before the actual presentation of the budget in the house, the members of the parliament are given a gist a day before.

The annual financial statement is laid on the table of Rajya Sabha only after the finance minister concludes his budget speech in Lok Sabha.