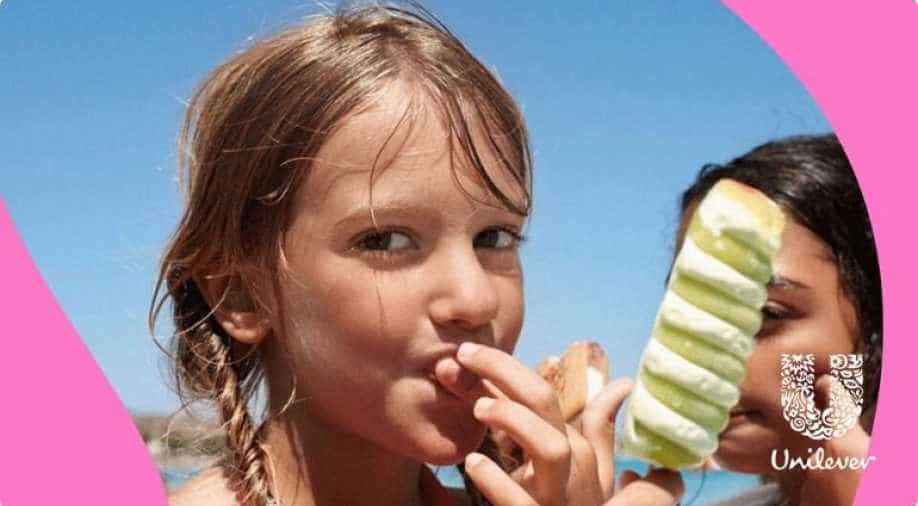 A small girl eating ice cream in an advertisement by Unilever Photograph:( Twitter )

Ads for Unilever ice creams have been pulled in the past over complaints they marketed unhealthy food to children.

Food giant Unilever is going to stop marketing its products for children to keep a check on rising obesity rates, the company said.

The company plans on doing it by directing its advertisements towards parents instead of children.

It will no longer advertise its products by using influencers, celebrities or social media stars who appeal to children under 12 years of age through any media platforms.

We’re changing the way we go about marketing and advertising our ice cream, food and drinks to children. Find out more here: https://t.co/GvdSZvGYeK pic.twitter.com/xixkm9h9N3

The company which owns several ice cream brands such as Ben and Jerry's, Kwality Walls and Twister ice cream said it will limit the use of cartoon characters in its advertising as well.

Ads for Unilever ice creams have been pulled in the past over complaints they marketed unhealthy food to children. By the end of 2020 every ice cream in their kids' range will have no more than 110 calories and a maximum of 12g of sugar per portion.

The World Health Organisation has named childhood obesity as one of the most serious public health issues of the 21st century.