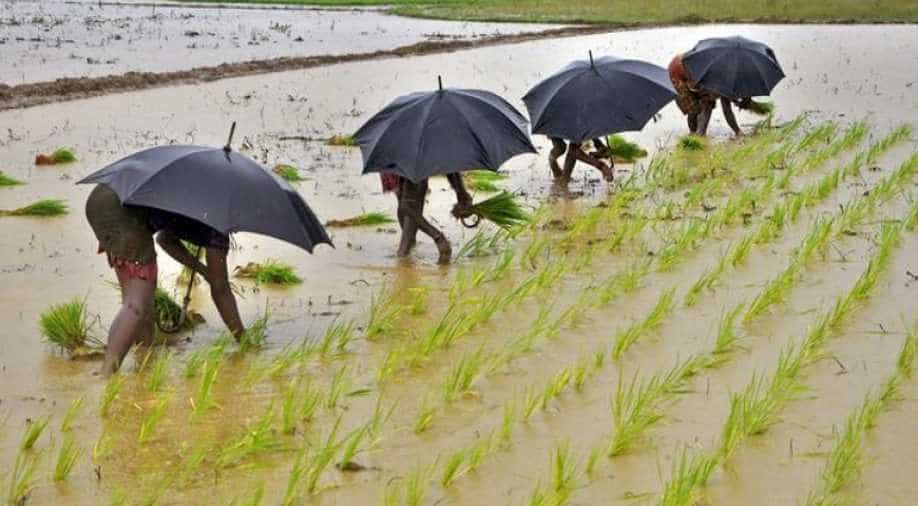 This year, 58 percent of the country received normal rainfall, and the remainder got excess or deficient rains Photograph:(Reuters)
Follow Us

India's monsoon has delivered 1 per cent more rain than normal, according to Indian Metrological Department(IMD), but erratic rainfall may affect India's booming economy in the long term, experts have told Reuters.

In April, India's Metrological department(IMD) had forecast above average rainfall. The IMD had said India would receive monsoon rains at 96 per cent of the long-term average or normal, however erratic rainfall over the country with droughts in some areas and floods in other parts especially in Assam, Orissa, parts of Maharashtra and even parts of western Rajasthan has Indian officials worried.

The western part of Rajasthan has received 126 per cent more rain than normal, leading to floods which has killed more than 300 people and displaced millions.

On the other hand, Marathwada region in central India has received 21 per cent lower rainfall than normal this monsoon - which started on June 1 - while some regions in southern India recorded as much as a 34 per cent shortfall, according to India Meteorological Department (IMD).

Although the monsoon arrived on time on May 30 in southern India, it has scattered across the country leading to fears among Indian agricultural experts that it could lead to price rise of some food products and even lead to lower food grain production in the long run.

Prices of some vegetables have gone up sharply. Onion prices have doubled and tomato prices have quadrupled in a month. The floods in Gujarat and large-scale procurement by the Madhya Pradesh government have already pushed onions prices.

This year, 58 per cent of the country received normal rainfall, and the remainder got excess or deficient rains, according to IMD. Rainfall is unlikely to revive in southern and central India this week, Reuters quoted an IMD meteorologist who declined to be named.

Southern states Kerala, Karnataka and Tamil Nadu have received less rainfall than in the drought-hit 2016 season, creating a scarcity of drinking water.

The scarcity of food grains and skewed rainfall could also hit inflation which currently stands at 1.54 in June.