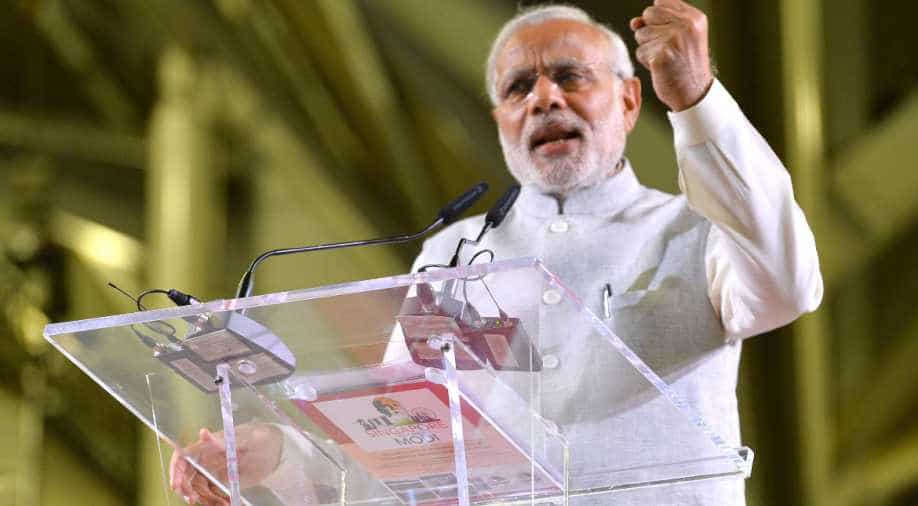 Modi invests his personality into policy issues and turn them into a campaign for nation building Photograph:( Others )

Prime Minister Narendra Modi’s demonetisation policy has evoked a sharp response from various quarters. One end of the spectrum has praised Modi for bold decision-making and another end criticised it for causing massive inconvenience to the general public. The debate misses the larger point that being a new model of governance has arrived and it will stay the course till BJP is in power and it cannot be compared with his predecessor who ran the administration with half a dozen squabbling political partners.

What makes Modi different from his predecessor is that he invests his personality into policy issues and turn them into a campaign for nation building through individual action and reconstruction of one’s own self for the larger good. Though such campaigns were pioneered by Gandhi in colonial India, Modi has taken it to a different level through of social media. Even though the decision is unilateral and closely guarded, asking people to participate in it makes it far more effective and broad based.

UPA and NDA 1 also launched multiple policies for people but could not generate public enthusiasm of a political campaign. This is despite the fact that process was consultative and far more open, it was benefit oriented and did not require public participation for its success which excluded public ownership.

Secondly, all political campaigns in last 35 years have been directly connected to elections but Modi reversed the game by creating campaigns between elections which allow him to transcend his traditional vote bank and create new political constituencies around, nation, honesty, cleanliness and integrity.

One can argue that the number in Lok Sabha gives him power and authority but history proves otherwise. Manmohan Singh with less numbers during UPA 1 had far more political capital than a stable UPA 2 which was compromised and subsequently stigmatised because of scams and lack of decision making. And it is this decision making and ability to politically owe it up makes Modi his own man in people’s eye.

The discourse created to legitmise Sonia Gandhi’s interference in the government and subsequent withdrawal of Manmohan Singh into a shell convinced millions in India that prime minister has been robbed of his authority. It is through his style decision-making Modi restores power to the top office public’s eye. The Opposition describes it as unilateral, authoritarian and dictatorial but one must not forget that both Indira Gandhi and Rajiv Gandhi before there down falls were adulated by the masses for the decisions they took whether it was Pokhran by Indira or Operation Meghdoot which wrested Siachin by Rajiv Gandhi.

Even the argument that leadership needs to be consultative falls flat on many counts. Except for BJP almost every party has turned dynastic. Secondly, a simple majority has created a new normal which was absent for past 25 years and thirdly, the Cabinet today constitutes of colleagues and leaders and not power centres which instead of adding richness to decision making only ended choking decisions.

Modi is changing rules of the game and long drawn right and wrong of the existing power structure which more or less remained unchanged. The inability of the same web of relationship to exert pressure on decision making and lack of public legitimacy through criticism adds more muscle to the present regime which despite its lack of institutional and intellectual work has successfully marshaled public opinion as a political resource against Opposition. It is this truth which Opposition needs to understand to reinvent its politics.

Campaigns cannot be met with criticism all the time. What is required is independent campaigns which stand true to itself. Congress had a chance in Uttar Pradesh when it ran a successful campaign around farmers issue but blew it up in the end when it concluded it on khoon ki dalali statement in Delhi. So what is required is a creative reengagement on issues so that it can work as an effective Opposition.