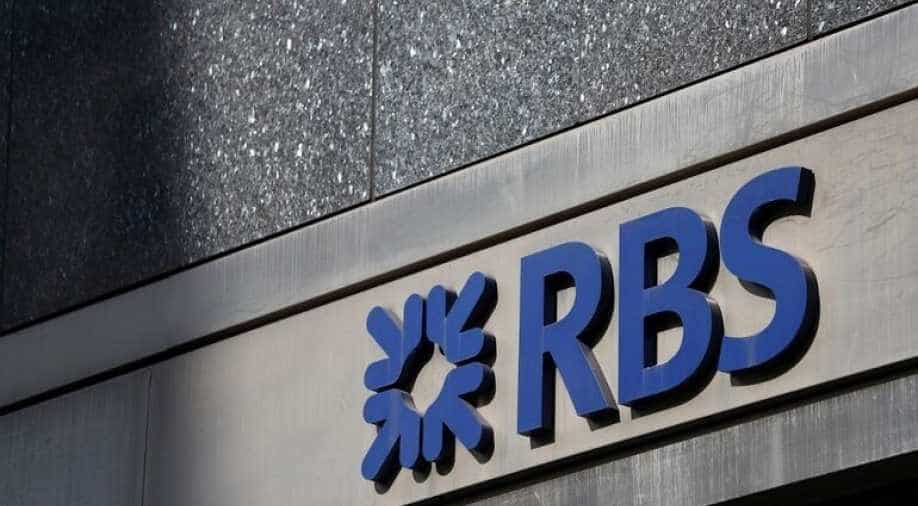 An RBS logo is pictured above a branch of a Royal Bank of Scotland (RBS) bank branch in Central London. Photograph:( AFP )

Rose, who has worked at the Edinburgh-based giant for 27 years, takes the helm amid a period of heightened global turmoil that includes Brexit, the US-China trade war, and faltering economic growth.

Britain's bailed-out Royal Bank of Scotland (RBS) on Friday appointed a long-serving banker Alison Rose as its Chief Executive, making her the first female boss of a major UK lender.

Rose, currently the Deputy Head of both NatWest Holdings and the bank's commercial and private banking, business, will replace Ross McEwan on November 1, the company said in a statement.

"I am delighted that we have appointed Alison as our new CEO", said RBS Chairman Howard Davies.

"She brings extensive experience and a track record of success from her previous roles at the bank", he added.

Rose, who has worked at the Edinburgh-based giant for 27 years, takes the helm amid a period of heightened global turmoil that includes Brexit, the US-China trade war, and faltering economic growth.

"This is an exciting time as we enter a new chapter for this bank", she said in the statement.

"Our industry is facing a series of challenges; from the ongoing economic and political uncertainty to shifts in the behaviour and expectations of our customers, driven by rapid advances in technology... It will be my priority to make sure we are ready to meet these challenges", she added.

McEwan will step down on October 31 after holding the top job since 2013, having steered it through a steady recovery following a government bailout during the 2008 global financial crisis.

The New Zealander is leaving RBS to become the Chief Executive at National Australia Bank.

RBS is still 62 per cent owned by the government after receiving the world's biggest banking bailout during the crisis.