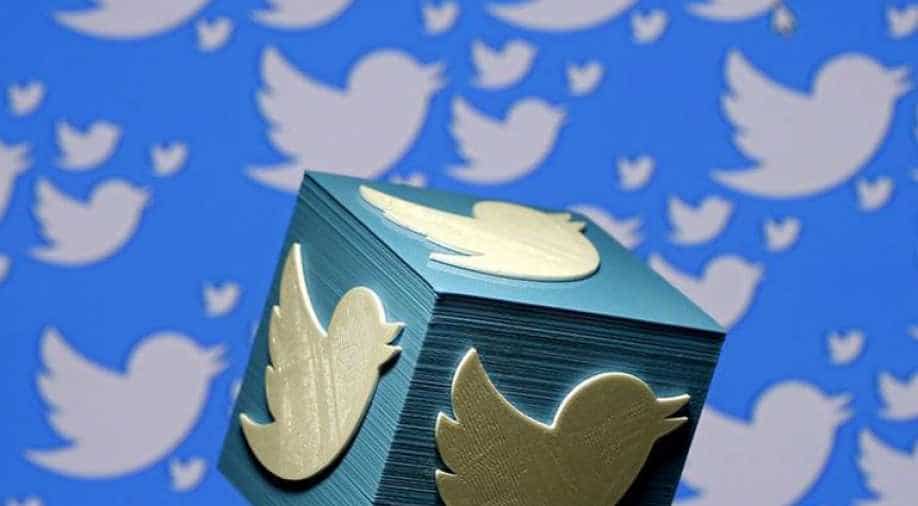 A 3D-printed logo for Twitter is seen in this picture illustration made in Zenica, Bosnia and Herzegovina on January 26, 2016. Photograph:( Reuters )

The streaming channel will include user-generated content from Twitter which will be verified by Bloomberg editors ||Michael Bloomberg and Twitter chief executive Jack Dorsey made the announcement at a press conference in New York. ||Twitter shares jumped 6.4 % on the news, the highest since February

Twitter is launching a 24-hour streaming news channel in partnership with the Bloomberg Media, in a major expansion of the social media firm's video operations, the two firms announced Monday.

The new streaming channel "will combine the vast global editorial and newsgathering capabilities of Bloomberg with the digital power of Twitter," a joint statement.

Michael Bloomberg, the founder of the financial news and information service and a former New York mayor, joined Twitter chief executive Jack Dorsey at a New York media conference to make the announcement.

The streaming channel set to launch later this year will include user-generated content from Twitter which will be verified by Bloomberg editors, along with live video reporting from journalists at the news organization.

"With this new network, we are setting out to reinvent the digital breaking news experience."

Smith told The Wall Street Journal, which first reported the tie-up, that the new network would "be focused on the most important news for an intelligent audience around the globe and it's going to be broader in focus than our existing network."

Twitter chief operating officer Anthony Noto said in a statement, "Twitter's speed and vast global network of content and commentary combined with the high quality, editorial rigor of Bloomberg is a unique and powerful combination."

Financial details of the new venture were not disclosed.

Twitter shares jumped 6.4 percent on the news to close at $17.53, the highest since February.

The service could help Twitter expand its user base, which has been growing at a slower pace than its social media rivals.

Twitter has been seeking to broaden its appeal beyond its core user base of celebrities, politicians and journalists, ramping up efforts in video and live sports.

But in its quarterly results last week, Twitter reported a drop in revenue, despite boosting its monthly user base to 328 million, up 14 percent from a year ago.

Twitter, which has never reported a profit, said its net loss narrowed to $62 million from $80 million a year earlier.

Twitter already offers some live video news through a partnership with the streaming application Cheddar. It had rights last year to stream some National Football League games, but lost that for the upcoming season to Amazon.