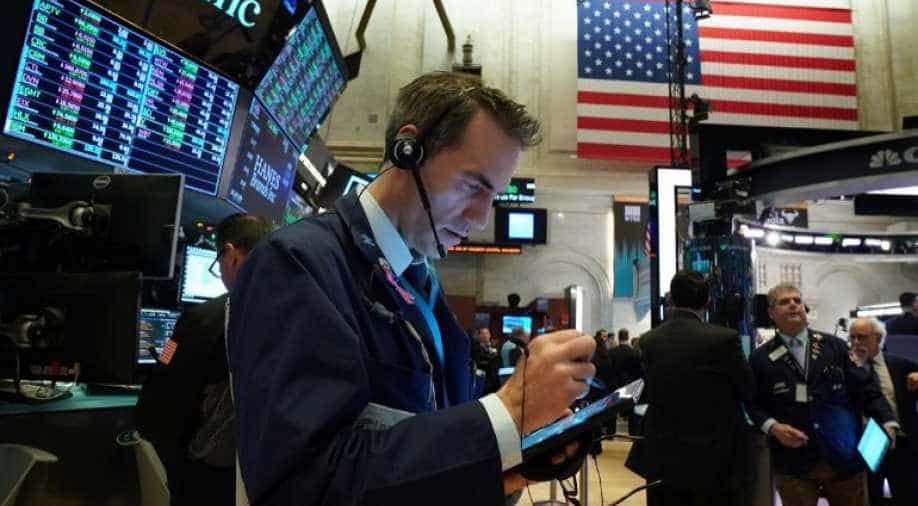 Demand for safe-haven assets soared as Iran vowed revenge for the killing of Qassem Soleimani, head of its elite Quds Force, in an airstrike authorized by US President Donald Trump.

Wall Street's major indexes fell from record highs on Friday after a US airstrike in Iraq ratcheted up tensions in the Middle East and a bigger-than-expected contraction in the US manufacturing sector raised concerns of slowing economic growth.

Friday's decline put the benchmark S&P 500 in the red for the week, snapping a five-week winning streak for the index.

Demand for safe-haven assets soared as Iran vowed revenge for the killing of Qassem Soleimani, head of its elite Quds Force, in an airstrike authorized by US President Donald Trump.

In a further blow to US market sentiment, data from the Institute for Supply Management showed that US factory activity contracted in December by the most in more than a decade.

"There was a reinforcement of weak manufacturing activity and then you had the geopolitical spark," said Michael Antonelli, market strategist at Robert W. Baird in Milwaukee. "That's on top of the sentiment that the market has been overbought."

S&P 500 bank stocks dropped 1.6 per cent as the news sent benchmark US bond yields to their lowest since December 12.

In a sign of investor jitters, US stocks extended their fall following a false report of an attack on a US military base in Iraq.

Shares of US defence companies jumped on news of the airstrike that killed Soleimani. Northrop Grumman Corp shares climbed 5.4 per cent and Lockheed Martin Corp shares rose 3.6 per cent. The two provided the biggest boosts to the S&P 500.

The market disturbance following the strike could be fleeting, said Wayne Wicker, a chief investment officer of Vantagepoint Investment Advisers in Washington.

"We've looked at many types of conflicts over the last 20 years, and they've had much more of a short-term impact," Wicker said.

Among advancers, Tesla Inc shares hit a record high and ended up 3.0 per cent after the automaker beat estimates for vehicle deliveries in the fourth quarter.

Shares of retailer L Brands Inc rose 7.8 per cent after Bank of America upgraded its rating on the company's stock.

Declining issues outnumbered advancing ones on the NYSE by a 1.14-to-1 ratio. On Nasdaq, a 1.71-to-1 ratio favoured decliners.

Volume on US exchanges was 7.47 billion shares, compared to the 6.87 billion average for the full session over the last 20 trading days.