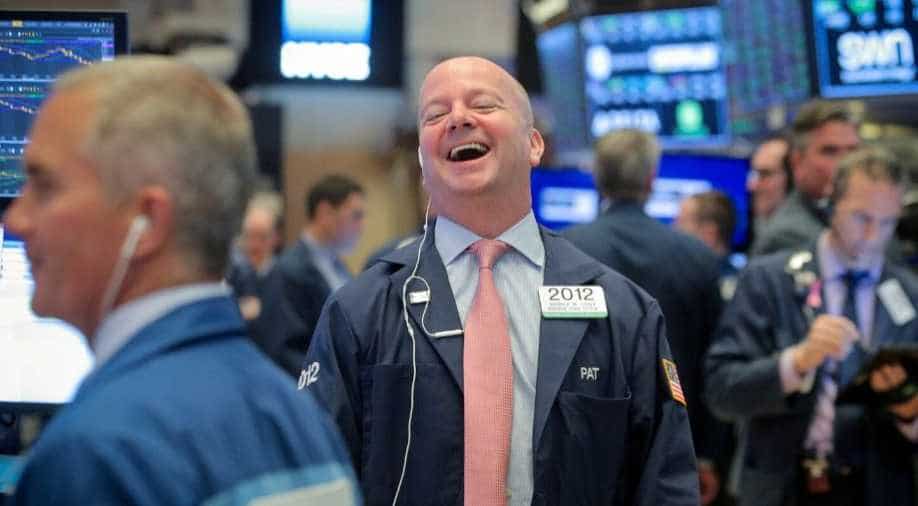 Traders work on the floor at the New York Stock Exchange (NYSE) in New York, US. Photograph:( Reuters )

Shares moved sharply higher after US President Donald Trump said in a tweet that the two countries were 'getting VERY close to a BIG DEAL.'

World stocks hit a record high on Thursday, passing an all-time peak set in early 2018, on investor enthusiasm the United States and China were close to an initial deal to defuse a prolonged trade war.

Shares moved sharply higher after US President Donald Trump said in a tweet that the two countries were "getting VERY close to a BIG DEAL."

The index has risen more than 20% this year, helped as well by a lowering of interest rates and injections of government stimulus around the world.

Oil prices had fallen IEA pointed to pressure on oil prices, predicting a sharp rise in global inventories despite an agreement by OPEC and its allies to deepen output cuts but Trump's tweet gave fresh impetus to the prices.

The US president's comments come as his administration gets ready to impose tariffs on almost $160 billion of Chinese imports such as video game consoles, computer monitors and toys on Sunday which could hit stock markets around the world.

Trump tweeted "Getting VERY close to a BIG DEAL with China. They want it, and so do we."

US and China have been locked in a trade war for the past one year with the Trump administration maintaining its tariff grip over Chinese products entering the US, China, in turn, has hit back with retaliatory tariffs.

In August, China said it would impose 5 per cent and 10 per cent in additional tariffs on $75 billion of US goods in two batches.