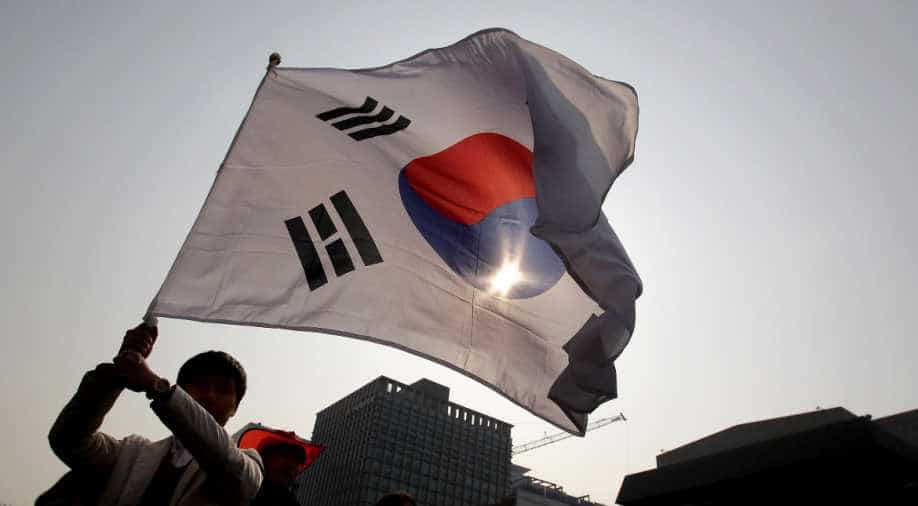 Equities cautiously inched up after the announcement as the extra budget had been widely expected, given South Korea's soft economic growth. Photograph:( Getty )

South Korea will propose a supplementary budget of around 10 trillion Won ($8.44 billion) to parliament soon, the government said on Tuesday, as it tackles Brexit turmoil in financial markets, weak exports, and a corporate overhaul of the country's shipping and shipbuilding industries.

President Park Geun-hye called on all government ministries to have the supplementary budget ready as soon as possible.

"Unrest in global financial markets has been growing from Brexit. Uncertainties over the Chinese economy and geopolitical risks from North Korea are still pressuring our economy," she said at a meeting of economy-related officials and lawmakers.

"The economic situation inside and outside our country is more serious than ever. If we do not take extraordinary measures there are concerns growth and employment will contract in the second half of the year."

The supplementary budget will be spent on stimulus measures including a big retail spending drive, rebates on appliances, a tax incentive to replace older diesel cars, and additional unemployment benefits for shipbuilding workers.

The extra budget will be mostly funded from a surplus in tax revenue for the first half of the year, avoiding the need to sell more treasury bonds and run up additional government debt.

Equities cautiously inched up after the announcement as an extra budget had been widely expected, given South Korea's soft economic growth.

Shares were up 0.4 per cent while the Won rose 0.8 per cent against the dollar helped partly by offshore factors.

"This looks like the finance ministry just pushed the ball over to the Bank of Korea again," said Stephen Lee, an economist at Samsung Securities.

"What I'm a bit concerned about is that tax revenue going forward might not be as great as it was in the first half of the year...We might face some difficulties later if the Brexit aftermath on exports and capex is worse than expected."

Lee said the Bank of Korea may face pressure to cut interest rates again after it lowered them to a record low 1.25 per cent to bolster economic growth earlier this month.

Finance Minister Yoo Il-ho said last week a supplementary budget would have to be ratified before mid-July to have maximum effect. Lawmakers in both ruling and opposition parties favour the extra budget.

Reflecting more difficult conditions inside and outside the country, the finance ministry lowered its growth forecast for this year to 2.8 per cent from the 3.1 per cent projected in December last year.

Inflation for 2016 was also downgraded to 1.1 per cent from 1.5 per cent forecast previously.

The extra budget comes as the latest buffer against possible fallout from the corporate restructuring of the country's struggling shipping and shipbuilding firms. Earlier this month, the government and central bank said they would create an 11 trillion Won fund to support two state-run banks most exposed to these industries.

Lee noted global financial markets were reacting more sensitively to political events around the world. He saw a danger of volatility spiking again when Italy holds its own referendum regarding constitutional reforms in October and from the US presidential election on November 8.

To keep capital flows from rocking the economy, the government said it will continue with plans to ease the cap on the foreign currency forward positions local banks can hold from 40 per cent from the current 30 per cent starting July.

It will also pass an amendment in September to temporarily lower an existing levy on foreign exchange borrowings by banks, securities firms, creditors and insurance companies. The levy aims to reduce sudden volatility in markets.