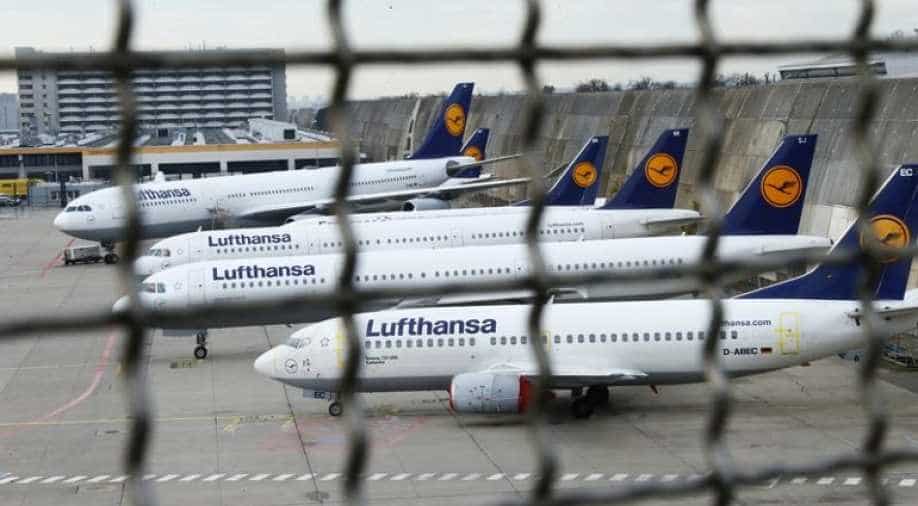 Lufthansa's 5,400 pilots have been called out on strike some 15 times since spring 2014 by union Vereinigung Cockpit over pay and conditions. Photograph:( Reuters )

European air travel giant Lufthansa has been battling its own pilots over pay and conditions for more than two years.

Tuesday saw a renewed walkout of pilots, bringing the number of passengers affected by strikes over the past week to more than half a million.

What do the pilots want?

Lufthansa's 5,400 pilots have been called out on strike some 15 times since spring 2014 by union Vereinigung Cockpit.

The dispute was sparked by disagreements over manager's plans to change costly early retirement provisions for the pilots as they looked for savings in the face of stiff competition from low-cost rivals like Ryanair and Easyjet as well as higher-end competitors from the Gulf.

Cockpit is also concerned about the board's plans to reform pensions and hire more pilots on lower pay as Lufthansa builds its own low-cost subsidiary Eurowings.

The most recent series of strikes launched last Wednesday is the latest skirmish in the battle over salaries.

Cockpit says pilots have had no salary increase over the past five years, even as Lufthansa has been making billions in profits.

The union wants a pay rise of 3.66 percent per year. But manager's position remains far removed from Cockpit`s, with the last offer from the board a bonus equivalent to almost two months salary plus a 4.4-percent pay increase spread over two years -- roundly rejected by the pilots.

Lufthansa says that its pilots are among the best-paid in the sector, with co-pilots at the start of their career earning 6,500 euros ($6,890) gross per month, while a late-career captain earns more than 22,000 euros.

Why is the conflict dragging on?

Pilots are not the only group to have hit Lufthansa with work stoppages in recent years.

November 2015 saw the group face its longest-ever strike as cabin crew staged a seven-day walkout at the urging of their own union -- forcing the cancellation of more than 4,600 flights.

Lufthansa has managed to strike deals in several labour disputes, notably with cabin crew and ground crew on its flagship airline.

But other battles are still to be fought -- as a walkout by some cabin crew at Eurowings showed just last week.

An end to the trial of strength with Cockpit appears distant for now.

"The damage is already so great that it`s increasingly difficult for the two sides to reach a compromise without losing face," said Guido Hoymann, an air travel sector analyst at Metzler bank.

"They should bring in a mediator, the conflict could run on for a long time yet," he went on.

Cockpit rebuffed Lufthansa`s latest offer of a mediation process, while the group has failed in its attempts to prevent walkouts with legal action.

What does this mean for Lufthansa`s business?

"Lufthansa`s reliability has been called into question," he said, adding that the group could lose customers -- especially from its sizeable business segment.

In purely financial terms, the impact has so far been smaller.

One strike day costs the group between 10 and 15 million euros, Lufthansa says.

In 2015, the group lost around 100 million euros to strikes -- a large figure but one that remained dwarfed by its record profit of 1.7 billion euros.