Sensex plunges by over 1,500 points amid fears of new COVID-19 strain 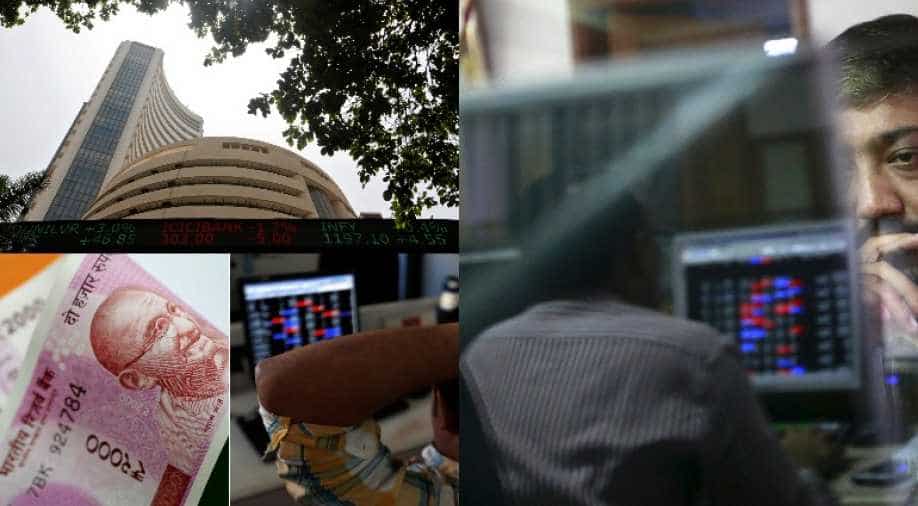 Stock markets in the country witnessed a tumble of more than 4 per cent on Monday amid fears of a new coronavirus strain, which is making rounds in the United Kingdom, and was found in Italy today

Stock markets in the country witnessed a tumble of more than 4 per cent on Monday amid fears of a new coronavirus strain, which is making rounds in the United Kingdom, and was found in Italy today. The Sensex index dropped by 2,037.61 points, or by 4.34 per cent to stand at 44,923.0 - the weakest level in afternoon deals.

Nifty, too, dropped to 13,131.45 - falling by 629.1 points or 4.57 per cent compared to its previous close. The markets were dragged lower due to sell offs across sectors including banking, finance, metal, and automobiles.

European shares fell 2% on Monday, the dollar strengthened and market volatility surged amid growing unease over the economic impact of a new coronavirus strain in Britain which has seen several European countries shut their borders to the UK.

The news of the new strain, said to be up to 70% more transmissible than the original, has put some 16 million Britons under tougher lockdowns and has overshadowed U.S. lawmakers' agreement over a long-awaited stimulus bill.

Prime Minister Boris Johnson will chair an emergency response meeting to discuss international travel and the flow of freight in and out of Britain.

Coinciding with the lack of a post-Brexit trade deal ahead of the Dec. 31 deadline, those developments sent the pound almost 2% lower at $1.3272. Losses of more than 1% on UK equities were led by 6%-7% tumbles at banks Lloyds and Barclays.

German shares fell around 2%, while pan-European travel and leisure stocks lost more than 5%.

MUFG analysts noted the tougher restrictions might have to remain place for months until more people are vaccinated.

"As a result, the economic slowdown will prove deeper and extend further into next year. It will dampen optimism over a stronger economic recovery in 2021," they told clients, noting this setback could necessitate more monetary stimulus.

Volatility, a measure of price swings on an asset class, swung higher across the board, with Wall Street's "fear gauge" the VIX -- rising above 25% for the first time since Dec. 11.