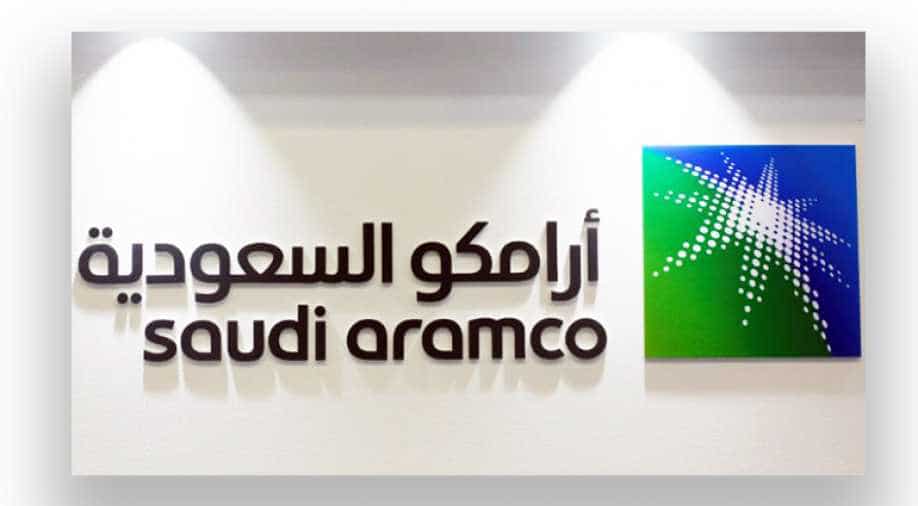 The statement did not give a time frame or say how much Aramco would sell, but sources have told Reuters the oil company could sell 1%-2% of its shares on the local bourse, raising as much $20 billion-$40 billion.

Saudi Arabia's market regulator approved on Sunday Saudi Aramco's application to list on the domestic stock market as the kingdom seeks to diversify and create the world's most valuable listed company.

The statement did not give a time frame or say how much Aramco would sell, but sources have told Reuters the oil company could sell 1%-2% of its shares on the local bourse, raising as much $20 billion-$40 billion.

Confirmation of the share sale in Saudi Arabian Oil Co, or Aramco, as the oil giant is usually known, comes about seven weeks after crippling attacks on its oil facilities, underlining Saudi Arabia's determination to push on with the listing regardless.

The IPO of the world's most profitable company is designed to turbocharge Crown Prince Mohammed bin Salman's economic reform agenda by raising billions to diversify the kingdom, whose dependency on oil was highlighted by the production impact of the Sept. 14 attacks.

The Capital Market Authority said its board "has issued its resolution approving the Saudi Arabian Oil Company (Saudi Aramco) ... application for the registration and offering of part of its shares."

CMA said the approval would remain valid for six months.

The listing announcement had been expected on Oct. 20 but was delayed after advisers said they needed more time to lock in cornerstone investors, three sources told Reuters.

To help get the deal done, Saudi Arabia is relying on easy credit for retail investors and hefty contributions from rich locals.

Prince Mohammed gave the green light on Friday for the IPO to go ahead, Reuters reported, citing sources.

Although Crown Prince Mohammed put a $2 trillion valuation on the company in early 2016, bankers and company insiders say Aramco's value is closer to $1.5 trillion.

A growing movement to fight climate change and embrace new "green" technologies have put some fund managers, particularly in Europe and the United States, off the oil and gas sector.

At a valuation of $1.5 trillion, Aramco would still be worth at least 50% more than the world's most valuable companies, Microsoft and Apple, which each have a market capitalisation of about $1 trillion.

But a 1% sale would 'only' raise around $15 billion for Saudi coffers, less than the $25 billion generated by Chinese e-commerce giant Alibaba in its record-breaking IPO in 2014.

It would rank Aramco as the 11th biggest IPO of all time, Refinitiv data show. (For a graphic on the top 10 largest global IPOs.

A sale of 2% of Aramco shares at a $1.5 trillion valuation would make it the biggest IPO of all time, beating Alibaba's.

The prospect of the world's largest oil company selling a piece of itself has had Wall Street on tenterhooks since Crown Prince Mohammed flagged it three years ago.

Initial hopes for a blockbuster international listing of about 5% were dashed when the share sale was halted last year amid debate over where to list Aramco overseas.

Aramco said the IPO timetable was delayed because it began a process to acquire a 70% stake in petrochemicals maker Saudi Basic Industries Corp.

IPO preparations were revived over the summer after Aramco attracted huge interest in its first international bond sale, seen as a pre-IPO relationship-building exercise with investors.

The bond sale forced the secretive company to reveal its finances for the first time, including net income of $111 billion, over a third bigger than the combined net income of the five supermajors Exxon Mobil, Royal Dutch/Shell, BP, Chevron and Total.

Oil majors have been raising payouts to shareholders to counter rising pressure from climate activism.

Aramco has said it will pay a base dividend of $75 billion, which at a valuation of $1.5 trillion would mean a dividend yield of 5%, below those offered by competitors such as Exxon Mobil Corp and Royal Dutch Shell.

Shell's dividend yield is over 6% and Exxon's over 5%, according to Refinitiv data.

The September attacks on Aramco's largest oil plant, which shut off about 5% of global supply, raised questions about the vulnerability of Aramco's oil fields, plants and exports amid deepening regional tensions.

In its April bond prospectus, Aramco noted that any disruption to its processing facilities could harm its business.

The potential threat to the company's valuation presents a challenge for Yasser al-Rumayyan, head of the kingdom's sovereign wealth fund, who became Aramco chairman in September.

Al-Rumayyan replaced former energy minister Khalid al-Falih in a move to separate Aramco from the ministry ahead of an IPO.

Aramco hired nine banks as joint global coordinators to lead the IPO, including JPMorgan, Morgan Stanley and Saudi Arabia's National Commercial Bank. It added a number of banks as book-runners.