Recall of Kia vehicles comes with special caution: Don’t park in the garage 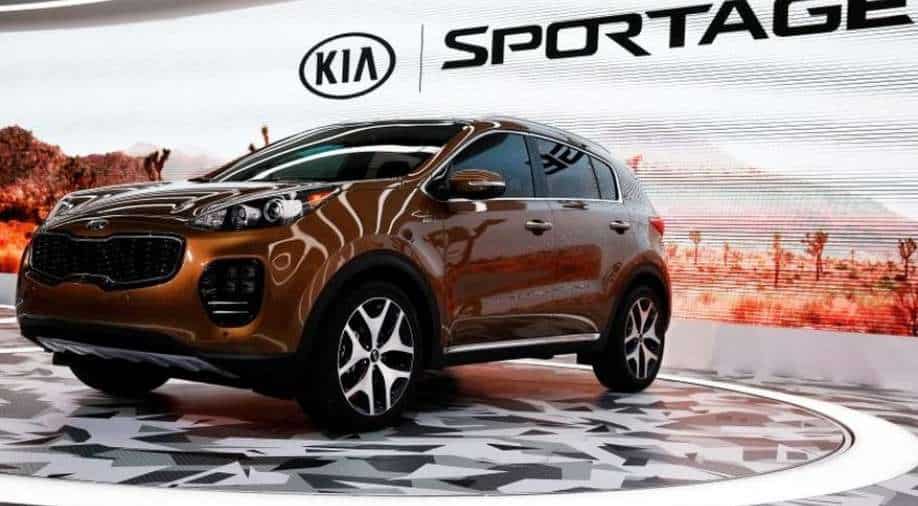 Kia, the Korean automobile manufacturer, issued a recall Tuesday for Sportage compact sport-utility vehicles from 2017-21 and Sportage sedans from the same period, over concerns that electronic components could short-circuit and cause fires in the engine compartments of certain models.

In the realm of consumer alerts, the advisory Tuesday from the National Highway Traffic Safety Administration about a recall of nearly 380,000 Kia vehicles was the equivalent of a flashing dashboard light.

“Until these recalled vehicles have been repaired,” the advisory said, “the safest place to park them is outside and away from homes and other structures.”

Kia, the Korean automobile manufacturer, issued a recall Tuesday for Sportage compact sport-utility vehicles from 2017-21 and Sportage sedans from the same period, over concerns that electronic components could short-circuit and cause fires in the engine compartments of certain models.

The affected vehicles are models not equipped with “smart cruise control,” the National Highway Traffic Safety Administration, a unit of the U.S. Department of Transportation, said in its consumer report Tuesday.

“The electrical circuit in the hydraulic electronic control unit may short-circuit,” the agency said. This short circuit “could cause a fire in the engine compartment.”

On its website, Kia describes the Sportage, which has a starting price of around $24,000, as having a “coupe-like profile and athletic stance.” The Cadenza, a full-size sedan, is “a step toward luxury,” Kia says on its site, with a starting cost of around $38,000.

Affected car owners can bring their vehicles to a Kia dealer to have the problem fixed, federal officials said. In affected Sportage vehicles, dealers can replace certain fuses in the electrical junction box, and update the hydraulic electronic control unit software, the agency said. In affected Cadenza vehicles, it said, a new fuse kit containing a 25A fuse can be installed, replacing a kit containing a 40A fuse.

In addition to seeing warning lights, drivers of affected vehicles may detect a “burning/melting odor” or see “smoke from engine compartment” the agency said in a safety recall report.

The recall comes after the traffic safety administration began an investigation into engine fires involving certain vehicles made by Kia and another carmaker, Hyundai, The Associated Press reported. A message left with a Kia representative requesting comment was not immediately returned Tuesday evening.

The recall comes as the auto industry is facing a number of challenges, including a global shortage of semiconductors and a winter storm that halted or shut down auto productions in several states. Broader technological changes, like a growing hunger by some for electrical vehicles and driverless cars, is also reshaping the industry.

In 2010, Toyota agreed to pay millions of dollars in fines for failing to swiftly recall millions of its defective vehicles, federal transportation officials said. In 2014, Kia Motors and Hyundai Motor were fined a total of $300 million as part of a settlement with the federal government for overstating vehicle fuel-economy standards on 1.2 million cars.