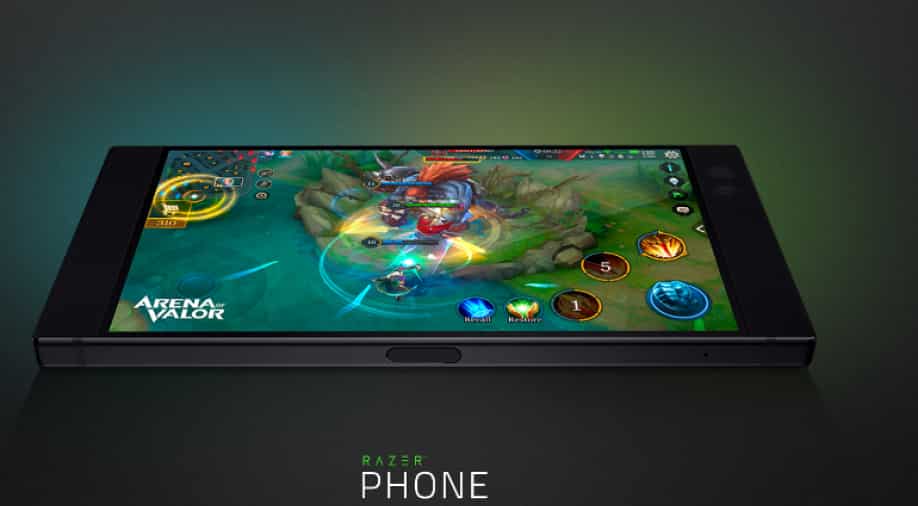 Razer Inc, a Singapore-based American company that specialises in computer hardware specifically for gamers has made its entry into the world of smartphones.

Continuing with its specialisation into gaming hardware, the company has designed a new phone priced at $700, which will be best suited for video games.

The phone is equipped with technology offered by highest of high-end gaming PCs.

The phone is designed to run on Android games on Google Play store.

Just like most of the newly launched smartphones, the Razer is also launched without a standard headphone jack.

However, it lacks some of the common features of new smartphone including water resistance, OLED screen, ultra-narrow borders without display. The device is designed in an all-aluminium case with a 5.7 inch Quad HD display.

The powerful Qualcomm's Snapdragon 835 processor has 8GB RAM with the power to store memory equivalent to the amount of memory that comes with many PCs.

The phone has dual front-facing speakers. The side of the phone is also adorned with a fingerprint sensor on the power button.

Razer was founded by Min-Liang Tan and Robert Krakoff and is headquartered in San Francisco, California.

The company announced the launch of the phone on Wednesday, with pre-orders.

The device will be available in the market on November 17.