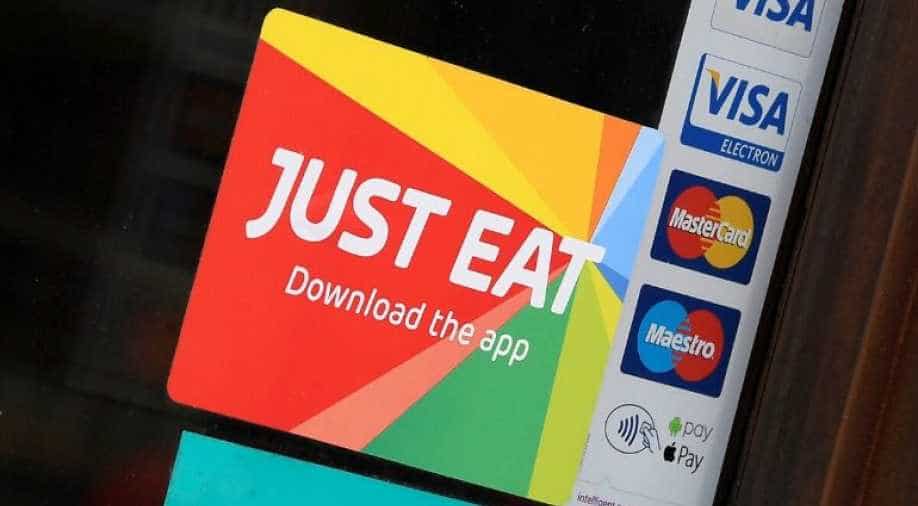 That's higher than the 4.7 billion pound all-share deal that Just Eat's board has agreed with Takeaway.com

Prosus held firm on its $6.3 billion offer to buy Just Eat on Monday as it argued the merits of its bid versus one from Takeaway.com for the British online takeaway delivery firm.

The one change in the offer published on Monday by the Dutch arm of South African internet giant Naspers was an acceptance threshold lowered to 75 per cent from 90 per cent.

"We actually believe that financial markets are underestimating the cost of implementing the transformation Just Eat requires to protect its market position and to capitalise on its long-term opportunity," Prosus CEO Bob Van Dijk said.

Prosus has weighed in with an unsolicited cash offer of $6.3 billion, or 710 pence per share, for Just Eat.

That's higher than the 4.7 billion pound all-share deal that Just Eat's board has agreed with Takeaway.com whose shares have fallen since it made its initial bid in July.

Combined with the impact of a stronger British pound versus the euro, the value of the Takeaway.com shares offer has fallen to 609 pence.

Just Eat shares closed at 738 pence on Friday, signalling investors believe a higher offer from one of the suitors is likely.

Just Eat on Monday said the unchanged Prosus offer "significantly undervalued" it, both as a standalone company and in combination with Takeaway, and it continued to recommend shareholders to reject it.

Last week Takeaway, which initially proposed an agreed deal with Just Eat, changed its proposal to a formal bid with a 75% threshold.

Prosus and Takeaway.com each talked up the merits of their respective bids on Monday.

Prosus CEO van Dijk told journalists on a conference call that Takeaway's modest investment in delivery capacity might be a viable strategy for now in the Netherlands and Germany, but it would not work in London and many other markets.

He argued that the delivery side of the online food ordering businesses may never become profitable, while Takeaway's focus on becoming the dominant order platform has led to better growth in operating results.