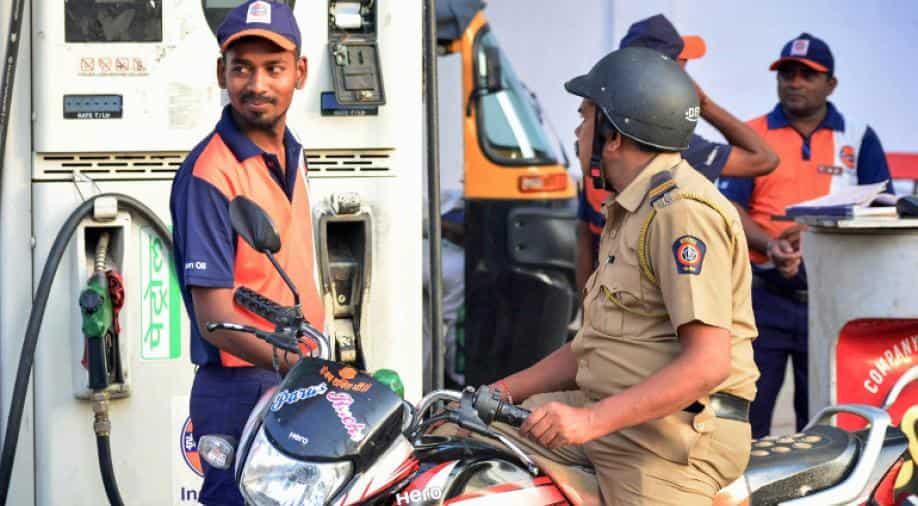 Petrol in the national capital will now cost  Rs 83.22 per litre and diesel will now be costlier at 74.42 per litre.

The government increased fuel prices once again today increasing the price of petrol by 22 paise and diesel by 18 paise.

Petrol in the national capital will now cost  Rs 83.22 per litre and diesel will now be costlier at 74.42 per litre.

In India's financial capital Mumbai, petrol will cost Rs 90.57 per litre and diesel will cost Rs 79.01 per litre respectively. Petrol prices in Mumbai had crossed the Rs 90-mark on Monday.

On Thursday, petrol prices in Mumbai had touched Rs 90.35 per litre and diesel prices increased to Rs 78.82 per litre. Maharashtra has the highest fuel cost among all the states as it charges the highest VAT on the petrol and diesel at a little over 39 per cent, including the Rs 9 surcharge on petrol and Re 1 on diesel.

For diesel, VAT is 21 per cent in Mumbai, Thane and Navi Mumbai, and 22 per cent rest of the state, with a surcharge of Rs 1 a litre across the state.

The rise in international crude prices which crossed $81 per barrel on Wednesday has added to India's woes including the effect of a sliding Rupee has led to large-scale increase in fuel prices.