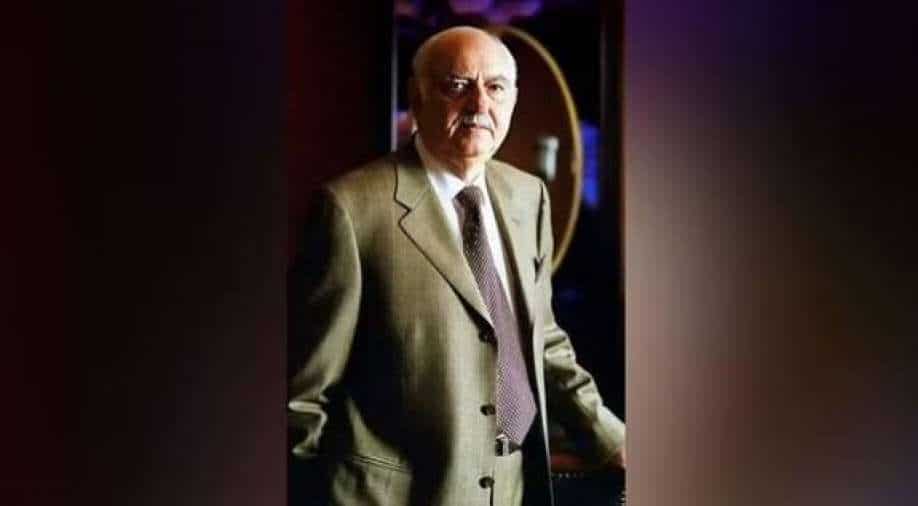 Pallonji Mistry, the Indian-born billionaire whose engineering empire built luxury hotels, stadiums, palaces and factories across Asia and whose family’s epic showdown with the Tata Group sparked India’s biggest corporate feud, has passed away in Mumbai. He was 93.

Pallonji Shapoorji Mistry, a multibillionaire industrialist and realtor who served as Chairman Emeritus of the illustrious Shapoorji Pallonji Group, passed away late last night at his residence. He was 93 years old and is survived by his daughters Laila and Aloo, the latter of whom is married to Noel Tata, Ratan Tata's half-brother. He is also survived by his sons, Shapoorji and Cyrus P. Mistry, the latter of whom gained notoriety for a significant business dispute with the Tata Group a few years ago.

In addition to other significant infrastructure projects, the Shapoorji Pallonji Group is well-known in the real estate and engineering industries for having built several iconic structures, including the RBI headquarters, SBI, HSBC, Grindlay Bank, Hongkong & Shanghai Bank, and others in south Mumbai.

The group also created the legendary Hindi film "Mughal-E-Azam" (1960), which at the time was the most expensive and continues to be one of Bollywood's most well-liked productions today.

Mistry and his family are in charge of the Shapoorji Pallonji Group, which was founded more than 150 years ago and currently employs more than 50,000 people in more than 50 countries. The Oberoi Hotel in Mumbai, and the blue-and-gold Al Alam palace for the Sultan of Oman are just a few of its iconic projects.

According to the Bloomberg Billionaires Index, Mistry amassed a net worth of about $29 billion, placing him among the wealthiest men in both India and Europe. In 2003, he gave up his Indian citizenship and adopted Irish citizenship as a result of his lengthy union with Patsy Perin Dubash, a Dubliner.

To be the largest minority shareholder in Mumbai-based Tata Sons Pvt., the primary investment holding company for India's largest conglomerate, the family earned the majority of its fortune, or 18.5 percent as of early 2022.

That stake turned out to be a double-edged sword for the media-shy Mistry when his son Cyrus' abrupt removal as chairman of Tata Sons in 2016 sparked a protracted legal and boardroom struggle between two of India's most famous corporate families.

In 2021, the Supreme Court of India affirmed Tata Sons' provisions on minority shareholder rights, making it harder to sell shares without board approval. It also decided that Cyrus's removal from office was lawful. In early 2022, the stake was approximately $30 billion, making it essentially illiquid.