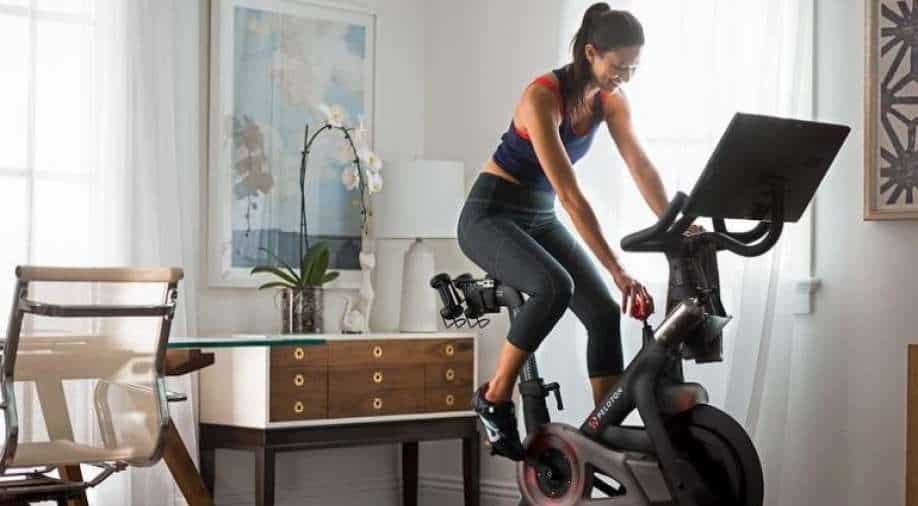 In this file photo, the Peloton spin bike can be seen Photograph:( Twitter )

Peloton has been the target of an activist investor, Blackwells Capital, who is pushing for CEO John Foley to be fired and for the company to be sold

A new report has revealed that Nike and Amazon are weighing bids for fitness company Peloton.

As per the Wall Street Journal, representatives of both the company have been in touch with Peloton regarding potential offers.

"There's no guarantee the companies will follow through with an offer or that Peloton, which is working with its own advisers, would be receptive," the Journal reported.

"Should there be a transaction, it could be significant, given Peloton's market value of around $8 billion — down sharply from its high around a year ago of some $50 billion," it added.
Shares of the at-home fitness company jumped on Wall Street amid reports of the company's potential takeover.

Peloton has been the target of an activist investor, Blackwells Capital, who is pushing for CEO John Foley to be fired and for the company to be sold.

It posted a YouTube tongue-in-cheek commercial to fire back at an episode of a "Sex and the City" reboot TV series that suggested the company's exercise bikes can be lethal.

Also read | 'And Just Like That,' the show is over

In a scene of the show, the fictional Mr. Big suffers a fatal heart attack after taking a Peloton bike class. The death of Big, played by actor Chris Noth, leaves a major character, actress Sarah Jessica Parker's Carrie Bradshaw, a widow.

The company benefited significantly from the pandemic restrictions of 2020 as gyms closed and people began to exercise at home.

The growth in the fitness band market has prompted tech giants such as Apple Inc and Samsung to introduce features for health tracking, including electrocardiograms and blood pressure sensors.

But Peloton Interactive Inc has struggled to adjust to easing Covid restrictions. Its shares fell more than 75 percent last year and almost 25 percent since January.

The company has tried to cushion the blow to its growth by cutting the price of its popular bike and ramping up its ad spending, but growth remains stagnant.