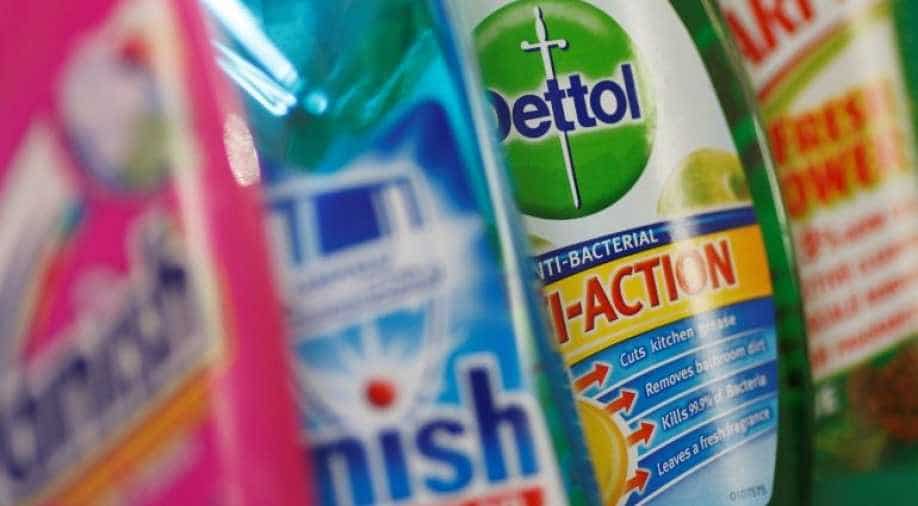 'We are not pleased with where we are and we must consistently deliver,' said the new CEO Laxman Narasimhan

Reckitt Benckiser's new chief executive promised on Tuesday to step up spending on its brands and improve performance after the British household goods maker cut its full-year sales forecast for a second time.

Shares of the Durex condom and Lysol disinfectant maker fell as much as 5.5 per cent to £55.10, the lowest since May last year.

"We are not pleased with where we are and we must consistently deliver," Laxman Narasimhan, who took over from long-time CEO Rakesh Kapoor in September, said on his first call with the investment community.

He said his top priorities were to improve operational performance and build a resilient business model after a series of one-off setbacks kept a lid on growth in recent years.

Narasimhan particularly lamented the performance of the firm's Health business, its largest, where a failed product launch, the nearly $17 billion acquisition of Mead Johnson, and a temporary baby milk factory shut down in the Netherlands, have all caused significant disruption, some lasting to this day.

To fix these issues, he promised to invest more in Reckitt's brands, hire more talent and improve relationships with retailers, distributors and trade partners to head off problems such as inventory destocking, which hit third-quarter results.

Narasimhan said the company would pause any activities that might take attention away from improving operational performance, but added its ongoing RB 2.0 plan, which seeks to split the group into two business units, would not be affected.

The new CEO said he would provide a more detailed long-term strategy at the company's annual results in February.

Reckitt said it now expected like for like sales growth between flat and up 2 per cent this year, down from its previous target of 2-3 per cent. That was the second cut this year from an initial target of 3-4 per cent growth.

Reported sales rose 5.3 per cent in the third quarter to £3.29 billion, missing analysts' forecast of £3.32 billion, according to a company-supplied consensus.

Reckitt blamed a drop in retail orders for flu products such as Mucinex in the United States and a weak demand for its Enfamil baby products in China on the back of intense competition and declining birth rates.

"What has happened this year and it is abundantly clear is we were not close enough to (the thinking) of those retailers to get a good reading of what was going to happen," outgoing finance chief Adrian Hennah told analysts on a call.

Reckitt said on Monday Hennah would be replaced by Ahold-Delhaize executive Jeff Carr.

Overall, Reckitt's like for like sales growth came in at 1.6 per cent in the third quarter, missing analysts' forecast of 3.2 per cent.

The company also said it would now see a modest decline in adjusted operating margins for the year as it reinvests in its brands. The company had earlier expected margins to be around the same level as last year.

"The lowered outlook will create some room for maneuver, at inevitable cost to the share price."