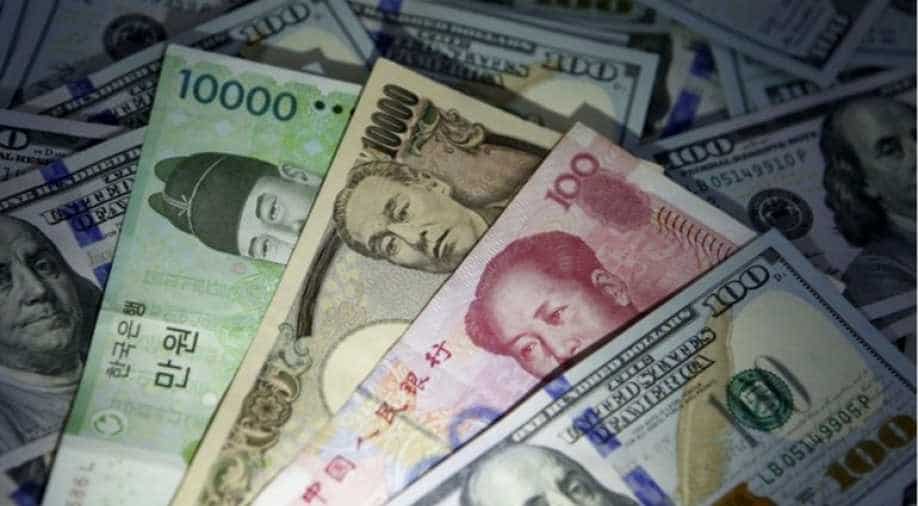 Most Asian currencies firmed on Thursday, as a volatile dollar weakened broadly on mixed signals over the state of trade talks between Washington and Beijing.

Most Asian currencies firmed on Thursday, as a volatile dollar weakened broadly on mixed signals over the state of trade talks between Washington and Beijing.

Dampened sentiment following suggestions that the Chinese delegation might cut the ministerial-level talks short and leave Washington on Thursday were offset by a Bloomberg report that the United States is weighing a currency pact with China as part of a partial deal.

Traders also took note of a New York Times report that Washington will issue licenses allowing some US companies to supply non-sensitive goods to China's Huawei, as the dollar eased against a basket of major currencies.

"News of Huawei and the currency pact released together with the strong (yuan) fix, underscores the fact that PBoC (People's Bank Of China) is (ready) ...to give a strong guidance for the CNY as a potential pact with the US could be at hand," a Maybank note said.

US Federal Reserve meeting minutes released on Wednesday were largely in line with expectations and had little market impact.

The yuan strengthened 0.3 per cent and the Singapore dollar firmed 0.2per cent.

Taiwan's financial markets were closed for a holiday.

The Korean won bucked the trend to slip 0.3 per cent ahead of talks with Japan on Friday over tighter export controls from Tokyo. The talks are part of a dispute settlement process through the World Trade Organisation.

The won is the worst performer among Asian currencies this year.

The prolonged Sino-US trade conflict and the dispute with Japan has dealt a huge blow to South Korea's trade-reliant economy. In September, exports slumped 11.7 per cent, shrinking for the 10th consecutive month.