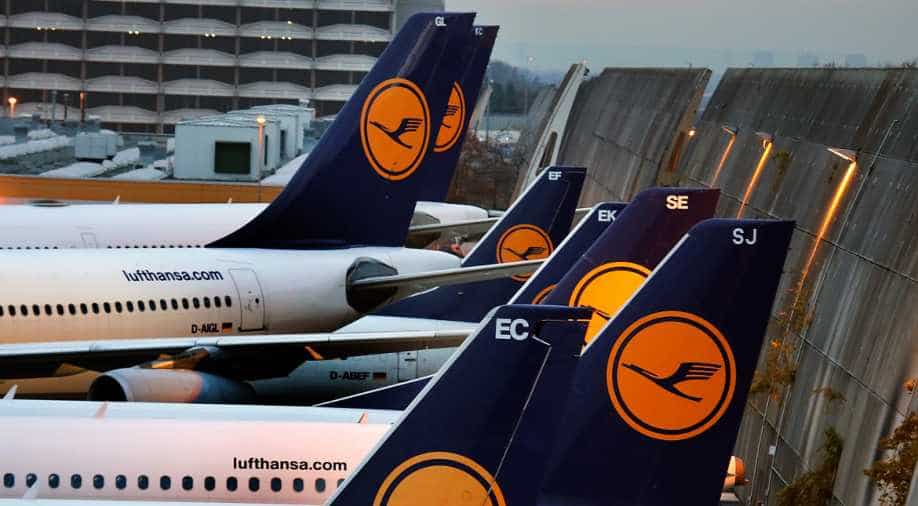 The airline said it had been forced to cancel more than 2,700 flights since the start of the walkout called by the pilots' union Cockpit and is currently set to last through Saturday. Photograph:( Getty )

The Cockpit pilots' union rejected Lufthansa's increased pay offer on Friday but suspended the extension of their strike beyond Saturday.

Lufthansa had offered pilots a new deal on wages to end a crippling three-day strike that has led to mass flight cancellations. The airline said it could offer a 2.4-per cent pay rise in 2016, going up by another two per cent to reach 4.4 per cent in 2017.

The pilots demand a pay rise of an average of 3.66 per cent per year, retroactive for the past five years.

More than 315,000 passengers were affected and 2,600 planes planes grounded due to the strike. The pilots had threatened to extend the strike beyond Saturday.

The union did not rule out further action in future however, but said that any strikes would be announced 24 hours in advance, news agency Reuters reported. It also dismissed the airline's offer as a "public relations move".

Lufthansa had offered to also hire 1,000 junior pilots and to create up to 600 pilot traineeships over the next five years.

The improved deal was made possible through "savings in other areas" such as retirement provisions, said Bettina Volkens, Lufthansa's human resources chief, AFP reported.