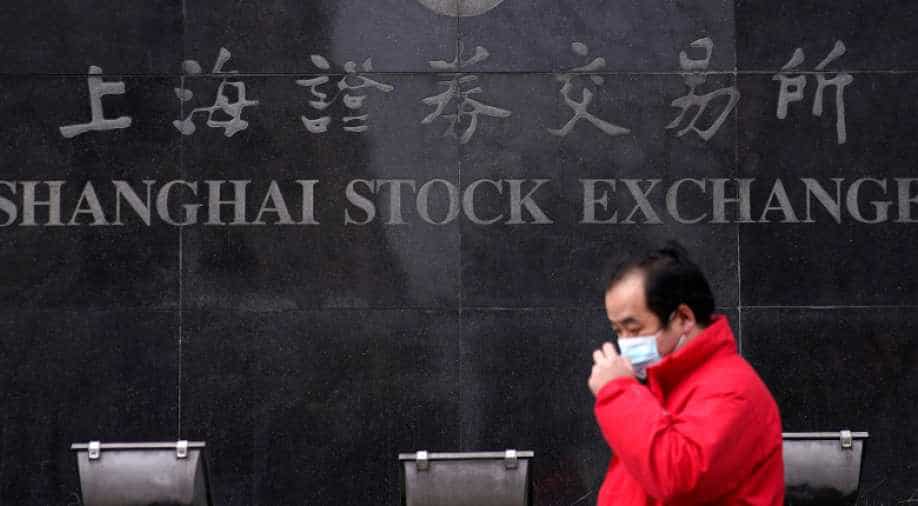 The Shanghai Composite index plunged 7.7 per cent at 2,746.6 on the first day of trade in China since the Lunar New Year.

Investors disinvested $393 billion from Chinese stock market on Monday as fears about the deadly coronavirus continue to escalate.

The Shanghai Composite index plunged 7.7 per cent at 2,746.6 on the first day of trade in China since the Lunar New Year.

This was its biggest daily fall in more than four years.

Also read: Chinese stocks crash as death toll in coronavirus mounts to over 360

The value of yuan began onshore trade at its weakest this year and was down 1.2 per cent by the afternoon itself.

Shanghai-traded commodities from palm oil to copper hit their maximum down limits.

Copper sank to its lowest in more than three years, falling by its daily limit of 7 per cent, while aluminium, zinc and lead shed more than 4 per cent and soybeans dropped 2 per cent.

The wipeout came despite the assistance of the Chinese government to curb selling.

The People's Bank of China (PBOC) had made its biggest cash injection to the financial system since 2004.

It had injected 1.2 trillion yuan into money markets also unexpectedly cut the interest rate on those short-term funding facilities by 10 basis points.

The total number of deaths in China from the coronavirus rose to 361 by Sunday, compared with 17 on January 23, when Chinese markets last traded.

The new virus has created alarm because it is spreading quickly, much about it is unknown, and authorities' drastic response is likely to drag on economic growth.