Kent steps down as Coca-Cola CEO, to be replaced by Quincey 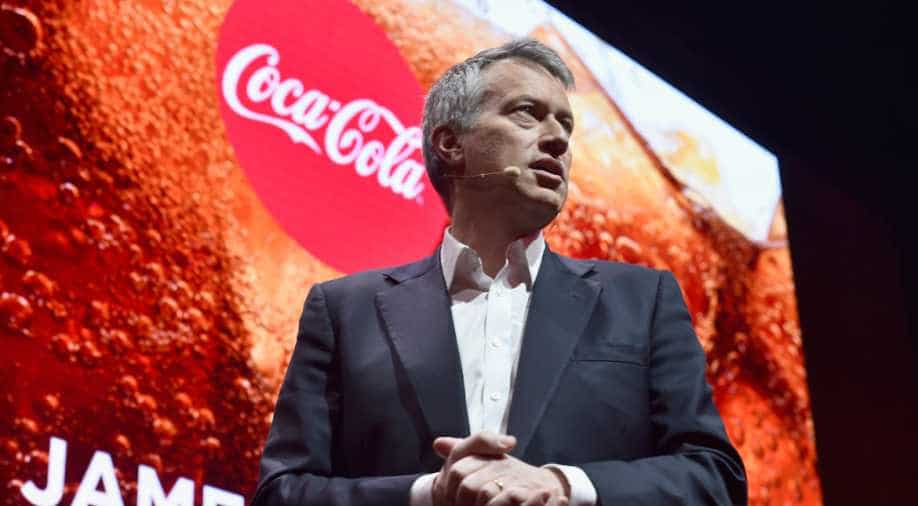 Quincey (in picture), who's worked at the beverage maker for about two decades, has led the company's drive to cut down sugar in its drinks and today said that he'll continue to do that as CEO. Photograph:( Getty )

Coca-Cola CEO Muhtar Kent will step down from that role next year and be succeeded by the company's No 2 executive, Chief Operating Officer James Quincey, the company announced today.

Quincey will take over the world's largest beverage maker at a time when more people are drinking less sugary soda, including its flagship Coke.

Quincey, who's worked at the beverage maker for about two decades, has led the company's drive to cut down sugar in its drinks and today said that he'll continue to do that as CEO.

He also said he'll push for more low-calorie beverages and to sell more soda in smaller cans and bottles.

The Atlanta-based company has been diversifying its drinks to try to adapt to changing tastes. Last year it rolled out a milk drink called Fairlife nationwide that it said had more protein and less sugar than regular milk. Despite the changes, annual revenue has fallen in the past four years and Wall Street analysts expect revenue for the current year to fall about 5 per  cent from the year before.

In October, the Atlanta company said its third-quarter profit fell 28 per cent.

Quincey will become CEO on May 1. The 51-year-old was named president and chief operation officer last year. Kent, 64, will continue as chairman of the board after he steps down as CEO. He has been CEO for more than eight years and first joined the company nearly 40 years ago.

Wall Street analysts said they had expected Quincey to be promoted to the top job, but some thought it would be announced early next year.

Analysts at Stifel said "job one" for Quincey is to improve revenue growth.

"I know James and like him," Buffett said in a statement, "and believe the company has made a smart investment in its future with his selection."