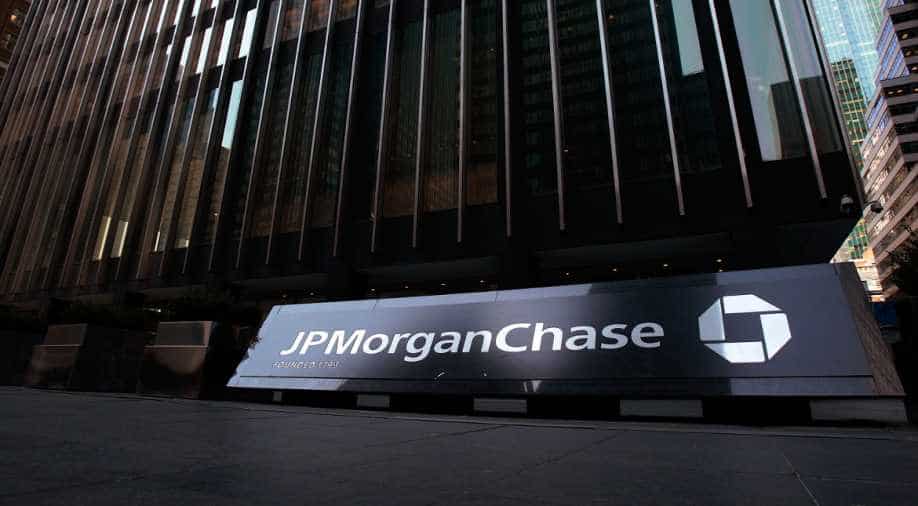 JP Morgan will provide all existing products and services through the new branches, including cash management, trade finance and foreign-currency payments. Photograph:(Getty)
Follow Us
JPMorgan Chase & Co said on Friday it has won approval from India's central bank to open three more branches in the country even as most foreign banks are scaling back their operations in India.

The bank's press released said the new branches will be located in the capital New Delhi and in the southern cities of Bengaluru and Chennai, and are expected to be operational in the next few months.

"This is another significant milestone for growing our Indian franchise and deepening our banking footprint," said Kalpana Morparia, CEO, South & South East Asia, JPMorgan, in the statement.

"The expansion endorses our long-term commitment to India, a key market for JP Morgan, as well as for many of our clients," she said in the statement.

JP Morgan said it will provide all existing products and services through the new branches, including cash management, trade finance
and foreign-currency payments.

In the last few years, India has seen almost an exodus of foreign banks from a host of services that they provided in the country.

In January, British bank Barclays Plc said it would shut its India equities business to cut costs and boost profits.

Later in May HSBC Holdings Plc said it planned to close 24 branches in India as part of its strategic review of its retail banking and wealth management business.