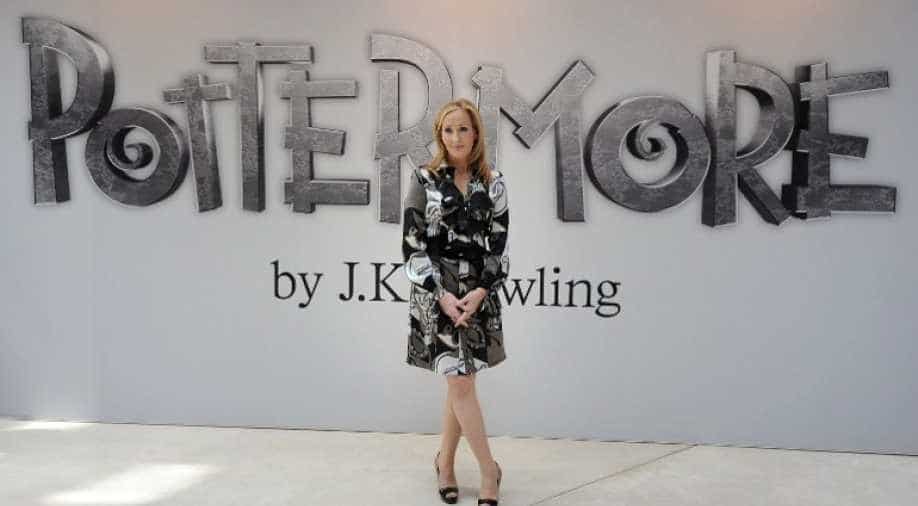 Pottermore, JK Rowling's digital publishing company, expects to turn a profit in its current fiscal year, buoyed by rising sales of audio books and new ebooks that build on the nearly 20-year-old Harry Potter franchise, the company said on Tuesday.

Launched as a fan community site in 2012, Pottermore has evolved from a self-publishing site for one of the world's most popular authors into a firm that sells increasing volumes of ebooks and audio books via partnerships with online retailers.

"If ebooks can work for anyone, they are going to work for Harry Potter", said Joseph Evans, a technology analyst for media market research firm Enders Analysis. But he noted how a push by News Corp-owned publisher HarperCollins to create ebook destination sites for other top authors has failed to take off.

For the fiscal year ended in March 2016, Pottermore's revenue more than doubled year on year to 15.1 million pounds ($19 million). It narrowed its pretax loss to 4.9 million pounds from 6.0 million in fiscal 2015.

The company has been investing in revamping the site, publishing new digital editions of the original seven Harry Potter titles and ebook shorts by Rowling that delve into the stories, characters and settings imagined in the Potter realm.

“The new strategic plan is not only driving increased revenue but is also putting us on the path to profitability for our financial year ending in March 2017,” Pottermore Chief Executive Susan Jurevics said.

Pottermore is dwarfed by the broader Potter franchise of books, video games, films and related products, which is estimated to have generated as much as $15 billion in sales over nearly two decades.

Last week, Pottermore.com published Rowling's screenplay for the feature film "Fantastic Beasts and Where to Find Them", the weekend's top box office draw, which took in $75 million for film studio Warner Bros. Pictures in its first three days.

Fantastic Beasts depicts a struggle between North American wizards and non-magical humans in New York in 1926, 70 years before the adventures of Harry Potter, and is the first in a planned five-part film series set to be released into the next decade.

"There is huge interest in the Wizarding world," Jurevics said in an interview. "This is a phenomenally evergreen publishing property with a long future roadmap."

The original Harry Potter series of seven books, published between 1997 and 2007, has sold more than 450 million copies worldwide.

In addition to her royalties from books and films, Rowling has retained ebook and audio book publishing rights to the Harry Potter books, which she sells through Pottermore.com.

Beyond the ecommerce offerings, much of the interactive content on the Pottermore site remains free to users, including new works and previously unpublished writing by Rowling, not to mention spells to charm and stupefy your friends.

Pottermore said results for the current 2017 fiscal year will also be boosted by the publication in July of an ebook version of the two-part play "Harry Potter and the Cursed Child".