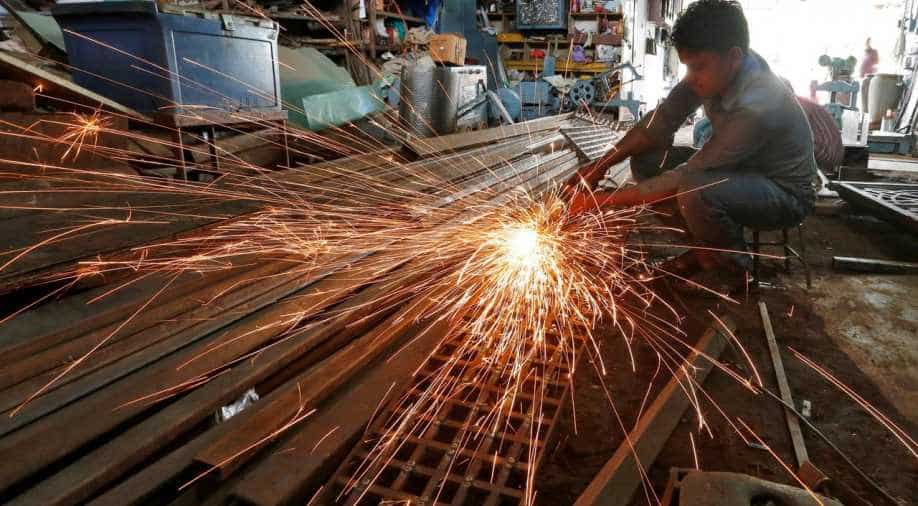 Industrial output, which includes manufacturing and mining, contracted 16.7 per cent for the corresponding period, compared to analysts' forecast of 8.7 per cent fall in a Reuters poll.

India's manufacturing output contracted 20.6 per cent in March from a year earlier, indicating the impact of the nationwide lockdown imposed to contain the coronavirus outbreak -- and also fanning hopes that the central bank will ease rates further to kick-start the economy amid the crisis.

The data was presented by the government on Tuesday.

The 20.6% fall in manufacturing was driven by the closure of thousands of factories after the government imposed a national lockdown in the last week of March.

Industrial output, which includes manufacturing and mining, contracted 16.7 per cent for the corresponding period, compared to analysts' forecast of 8.7 per cent fall in a Reuters poll.

The industrial output for the fiscal year 2019/20 ending March contracted 0.7 per cent over the corresponding period of the previous year.

Private economists and rating agencies say India's economy could contract by up to 0.5% in the current financial year beginning April, compared with earlier government estimates of around 6% growth. This is likely to encourage the Reserve Bank of India (RBI) to ease rates and pump in more liquidity.

In April, the unemployment rate rose to 23.5% from 8.7% the previous month, data released by the Centre for Monitoring Indian Economy, a Mumbai-based think tank, showed.

Meanwhile, the ministry of statistics said the Indian government did not release headline retail inflation figures for the month of April due to inadequate data collection.

The data are usually collected from 1,114 urban markets and 1,181 villages through personal visits, which have been suspended since March 19 due to the lockdown announced by the government to contain the spread of the coronavirus.

Modi’s government is starting to pull back from one of the world’s tightest lockdowns of 1.3 billion people that has left millions out of work and stranded in cities far from home while infections keep rising.